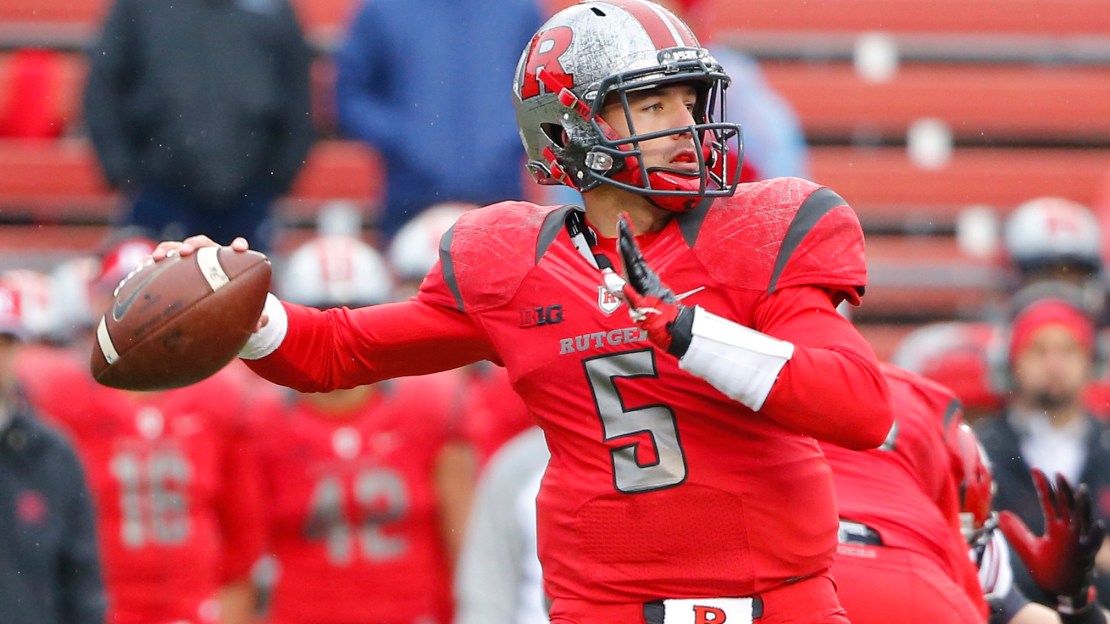 The BTN bus has left Rutgers , and now it?s time to share some news, notes and nuggets I gathered while watching the Scarlet Knights.

This is a roster that looks more Big Ten-caliber than last year. Even better: Rutgers seems to understand what it is: a tough, physical team that will have to out work and out hit teams to win. On offense, the Scarlet Knights want to go downhill and wear down foes. They have the line and backs to do it. Kyle Flood has his players buying into that mentality. This looks like another bowl team if the QB spot settles.

The offense of new coordinator Ben McDaniels doesn?t appear to be markedly different from Ralph Friedgen. But, it is interesting to note that McDaniels-the brother of Patriots? OC Josh-is the Scarlet Knights? sixth coordinator in six years.

Ex-Rutgers coach Greg Schiano didn?t welcome NFL scouts to practice. In fact, he was rude. But Kyle Flood is welcoming.

Senior Joey Roth is leading the battle to punt over Tim Gleeson and Michael Cintron. Roth and Gleeson split the gig last year. Roth has the big leg; Gleeson touch. RU ranked 11th in the Big Ten in net punting average (33.8) in 2014.

The depth at running back is good with sophomores Robert Martin and Josh Hicks leading the way. Martin hurt a knee in high school but is looking good. Junior Justin Goodwin had one of the best runs of the night on Saturday. Senior Paul James had some nice jaunts but was often being tended to on the sideline for a knee issue. He is a big, physical runner.

South Carolina transfer Kaiwan Lewis has emerged at middle linebacker. But don?t count out Isaiah Johnson. The bellwether at LB is junior Steve Longa, who led the team with 102 stops in 2014. He is a heart-and-soul linebacker who sets the tone and tenor for this defense on the edge. Senior Quentin Gause is good vs. the run on the other edge.