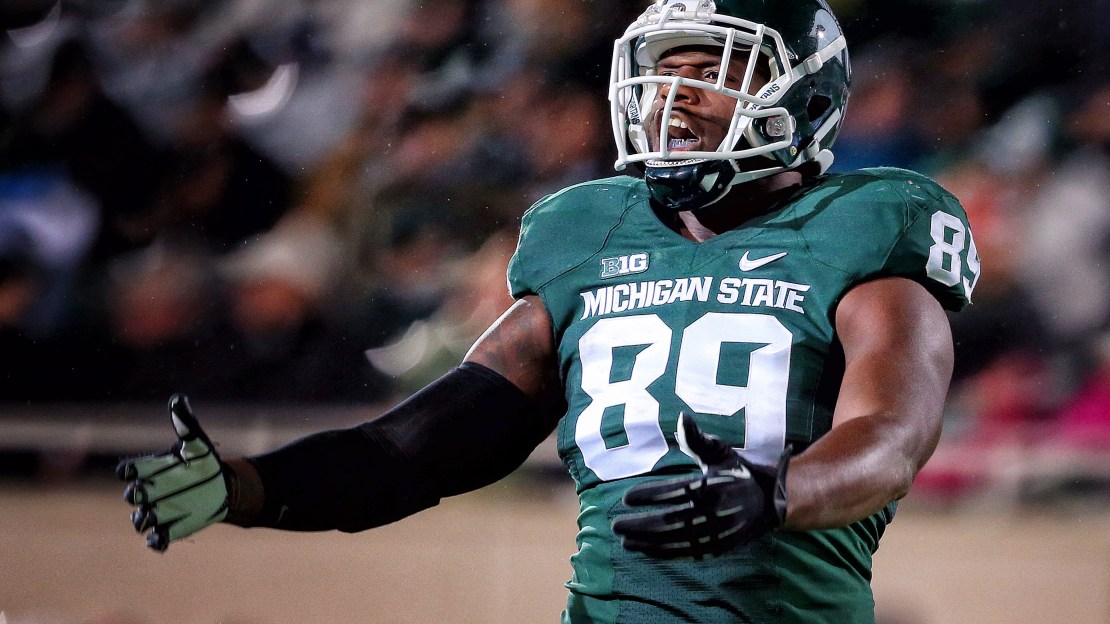 When it comes to Big Ten football personalities, there aren't many bigger than Shilique Calhoun.

The Michigan State defensive end is comfortable in so many roles, on and off the field.

Calhoun has shown this at Big Ten media days each of the last two seasons, more than happily grabbing the mic and interviewing teammates and rivals (2014 example | 2015 example).

He's also a pretty good tour guide, evidenced by the facility tour he gave Big Ten Network during our football visit to Michigan State training camp Tuesday. Watch the tour in the video at the bottom of the post.

Speaking of media days and Calhoun, I asked him to finish the following seven sentences last month in Chicago.

If football had "at-bat" songs, my song would be… "G Code" by Ghetto Boys

The last show I binge watched was… One Tree Hill

My least favorite exercise in the weight room is… Neck machine

The first poster I had on my bedroom was… Aaron Carter

Shilique Calhoun is a natural in front of the camera, evidenced by the @MSU_Football tour he gave us on @periscopeco. http://t.co/HZAow4xlTv