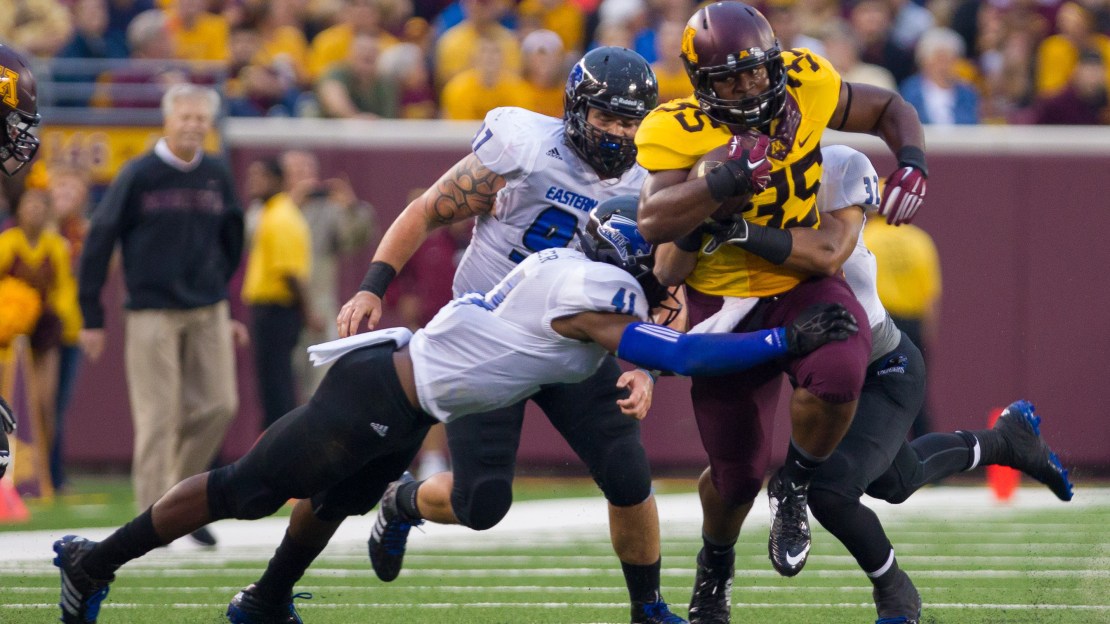 Who will be the surprise team in the Big Ten West?

The answer to this question depends on whom you ask, and how they interpret the word "surprise."

In other words, do they define "surprise" as a contender/up-and-coming team that takes the proverbial "next step," or as a team that goes out and exceeds expectations?

Sean Merriman: Minnesota. This is my early pick to win the Big Ten West. Jerry Kill went from three wins in his first season at Minnesota, to six wins in his second year, to back-to-back eight-win seasons in 2013 and 2014. Now, it's time for his Gophers to take the next step, which is winning the Big Ten West.

Brent Yarina: Northwestern. The Wildcats have won a total of 10 games since their memorable 10-win 2012 campaign. Northwestern won't win 10 games, not with an inexperienced quarterback and a tough schedule, but it should snap its two-year bowl skid, while carding an upset or two.