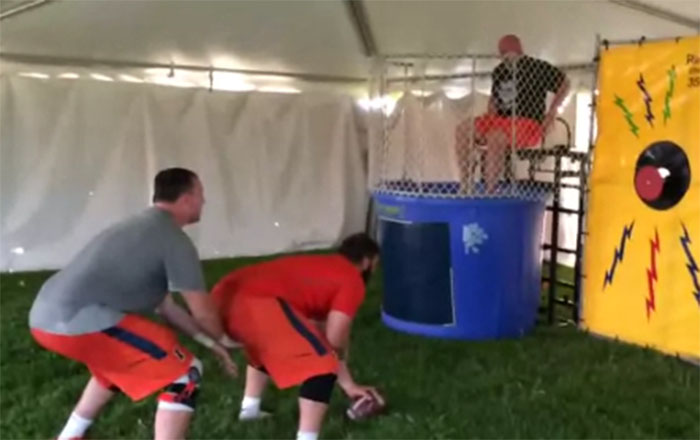 Never was that more evident than following Illinois practice Thursday at Camp Rantoul.

The Illini broke out a dunk tank, and for Flavin's toss he decided to play some quarterback. He barked out a strong cadence, accepted the snap, took a three-stop drop, checked his receivers and let it rip.

The toss was off target, however it still managed to dunk the person in the tank.

Based on the laughs at the end of the video, Flavin's teammates enjoyed the errant, yet successful, attempt.