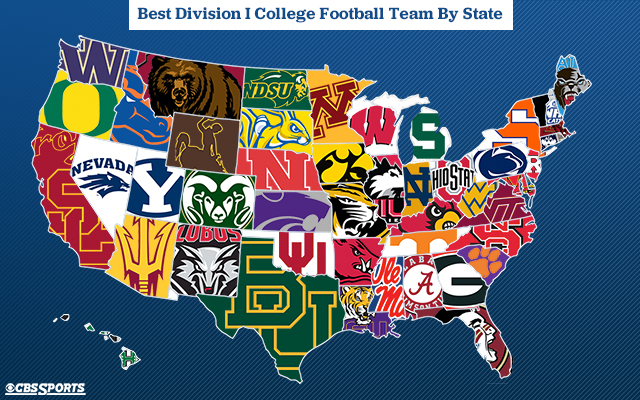 That's the question our friends over at CBS Sports posed to their followers today, along with an outstanding map graphic, which shows their picks.

The list is based on teams they believe are playing the best right now, as oppose to which programs have had the most all-time success.

A total of nine Big Ten teams are represented on the map. Of course, keep in mind there are two Big Ten teams in the states of Michigan, Indiana and Illinois.

This is a lot of fun. Enjoy!