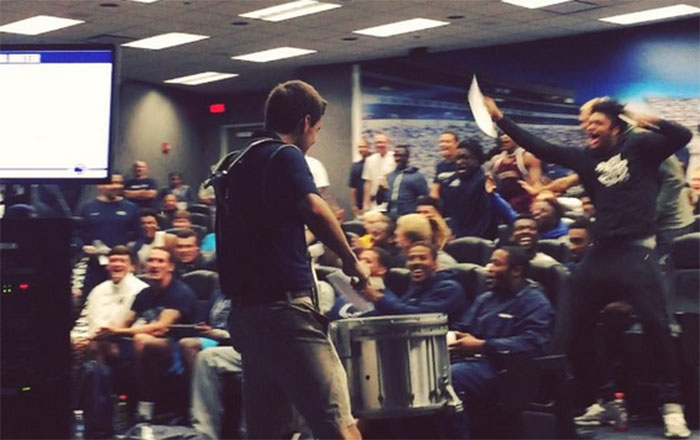 What a way to start tonight's meetings! s/o @PSUBlueBand for bringing the energy! #camPSU pic.twitter.com/54fkjaZmdN

Want to pump up a football team?

[ MORE: Get all of our Big Ten marching band coverage ]

Call the the marching band and have several members enter a team meeting while playing their instruments. That should do the trick.

The Penn State marching band was invited to a team squad meeting Wednesday, and the Nittany Lions loved it. Perhaps no one got a bigger kick out of it than head coach James Franklin.

Look at Franklin all pumped up in the opening seconds of the video above!

Franklin also tweeted the photo below:

These guys are THE BEST. Can't thank @PSUBlueBand enough for bringing the soundtrack of gamedays to our team room. pic.twitter.com/1xTfylxTPh