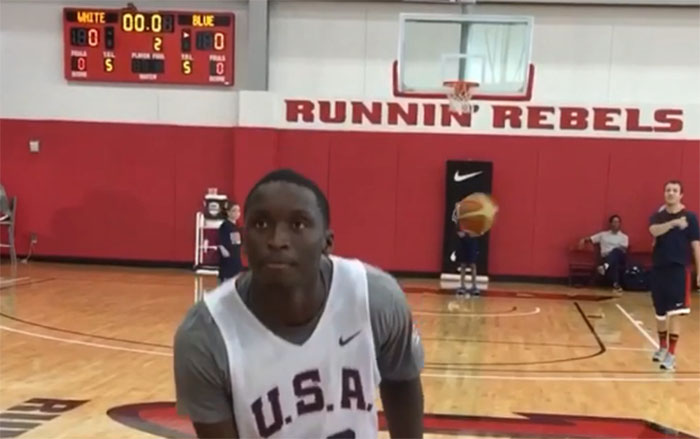 Some of the world's greatest basketball players are in Las Vegas for the USA Basketball Men?s National Team minicamp.

[ MORE: Like this story? Check out our full Gone Viral section ]

One of those players is former Indiana star Victor Oladipo, who just finished his second NBA season with the Orlando Magic.

On Tuesday, Oladipo, always one with the flair for the dramatic, hit a backward shot from the opposite side of the floor. It was all net, too.

Can't say we're really surprised. We saw Oladipo provide no shortage of crazy highlights during his Indiana days, although most of them were of the defying gravity variety.

Of course, he did that, as well, at the USABMNT practice.