BTN LiveBIG: 'Bionic' Maryland grad has the heart of a competitor 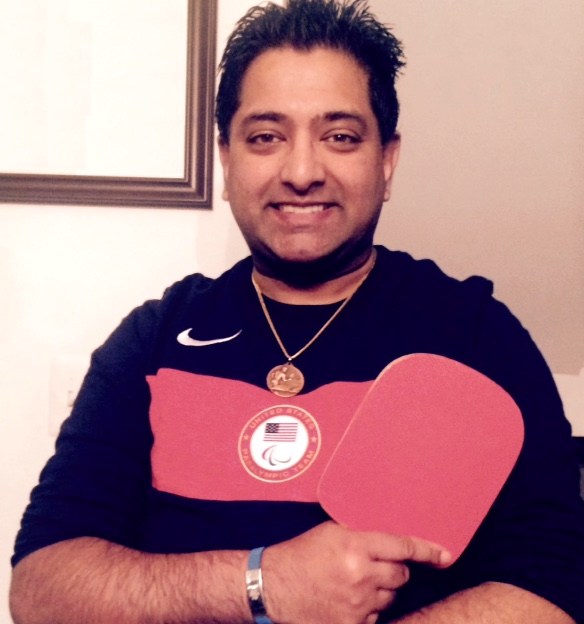 Navin Kumar grew up idolizing the character Steve Austin on TV?s ?The Six Million Dollar Man.? Played by Lee Majors when the show first aired in the 1970s, Austin possessed traits that a young Kumar envisioned himself having one day.

He wanted to be bionic.

?I was a huge fan of the show, and I wished I could have mechanical and electrical stuff inside me,? he said.

Now, Kumar, a 1997 graduate of the University of Maryland (B.S., computer science) has gotten his wish and then some. At the age of 41, Kumar proudly wears the nickname ?Bionic Man? in the table-tennis circuit due to the ?mechanical? heart he received after enduring five open-heart surgeries because of a congenital birth defect.

?It?s a blessing,? Kumar said of his heart. ?It?s taught me how to live life. It?s all about how you choose to deal with difficult times.? 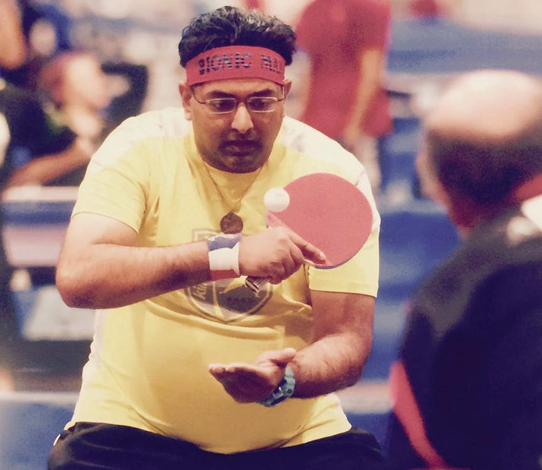 His last two heart surgeries have seen him fitted with an electronic pacemaker, a mechanical heart valve and an artificial aorta, but his hardware hasn?t kept him from competing in table tennis at the national level.

In fact, Kumar was in Las Vegas just last month to participate in the table tennis U.S. Open. And though he didn?t get to the finals, he showed that he had the heart of a champion by competing in both able-bodied and paralympic divisions.

Besides his heart ailment, Kumar has been diagnosed with Parkinson?s disease, a neurological illness that causes involuntary tremors and rigid movements. But he?s come to terms with that as well, thanks in part to Steve Austin.

?The Bionic Man taught me it?s okay to be different,? Kumar said. ?I don?t see [us] as disabled but as X-Men [comic book super heroes] who have turned our disabilities into abilities.?

Born in San Manuel, Ariz., in December 1973, Kumar was diagnosed with Shone?s Syndrome when he was 20 days old. Kumar said the discovery of a heart murmur led to a botched diagnostic test that ruptured the main artery in his arm.

?I had to have vascular surgery to save my right arm,? Kumar said.

At the age of 3, Kumar had his first two open-heart surgeries at Texas Children?s Hospital and nearly died, he said. At the time, Kumar?s family was living in Tooele, Utah.

?A month after my younger brother was born, we had to leave him with neighbors in Texas to save my life,? Kumar said.

To help Navin deal with the physical and emotional setbacks he was facing, his father Prasanna Kumar introduced his ailing son to table tennis. The elder Kumar, a native of India, was a fan of the game and also had competitively played the ancient Indian contact sport of Kabaddi.

Shortly following his family?s move to Englewood, Colo., in 1982, Kumar had his third open-heart surgery. And when his dad was laid off from his engineering job, the Kumar family relocated to Gaithersburg, Md.

After completing his freshman year at George Washington University, Kumar had the first of two heart surgeries to fit him with mechanical components. (The second of these was at Georgetown University Hospital in Washington, D.C.) In 2001, nine days after the 9/11 attacks, Kumar had the fifth surgery on his heart at Johns Hopkins Hospital in Baltimore. Kumar also has been fitted with an artificial abdominal area made of Gore-Tex and titanium as a result of several hernia surgeries.

That Kumar has been able to maintain an active lifestyle as a table tennis player is nothing short of a miracle. On top of that, he?s a father of two girls who works as an IT specialist at the U.S. Department of Health and Human Services.

The game he loves to play keeps him in shape physically, mentally and spiritually.

?From a cardiovascular standpoint, it can be quite intense,? Kumar said. ?People think it?s a basement sport, but it can be quite physical. It?s improved my reflexes beyond belief. I?ve always been a defensive player, and I can return [a ball] at speeds up to 100 miles per hour.

?And it helps with my brain with the Parkinson?s and the muscle stiffness from that. Table tennis has kept my muscles loose.?

[btn-post-package]Kumar, who trains six days a week, is aiming for a berth in the 2016 Paralympic Games in Rio de Janeiro after an impressive outing at a qualifying tournament in Barcelona, Spain, earlier this summer. In the meantime, he will continue serving as a motivational speaker on the subject of dealing with adversity.

?I tell people you have to be able to see the good in any bad situation,? Kumar said. ?I?m grateful to have Parkinson?s and the heart condition. They?ve taught me not to take things for granted.?