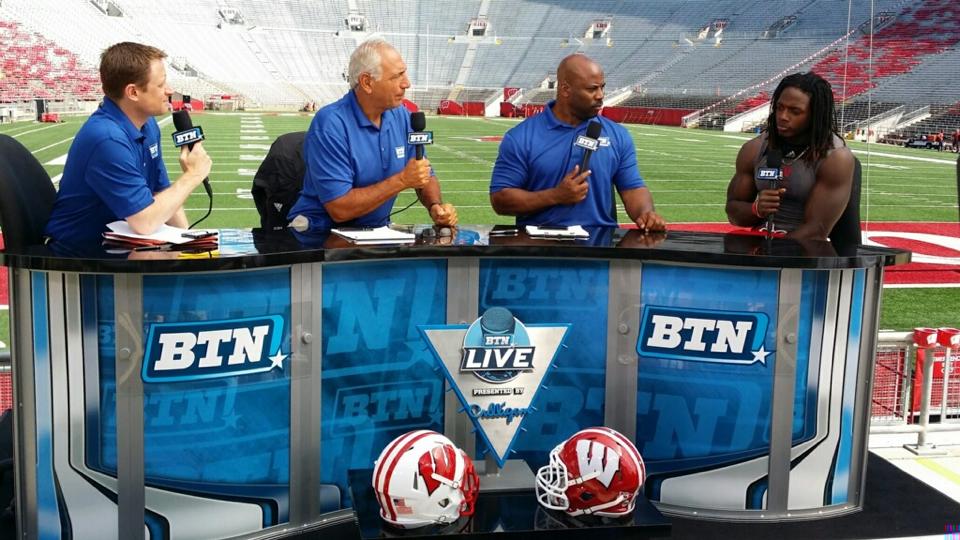 CHICAGO - BTN kicks off its 2015 football coverage with the season debut of BTN Live on Monday, as the ninth annual football bus tour departs for all 14 Big Ten campuses.

BTN Live, airing at 6 PM ET Monday through Friday and simulcast on select Fox Sports Radio affiliates, will include analysis and interviews from the various campuses over the duration of the bus tour. Complete tour details can be found on Facebook, Twitter and BTN.com. BTN Live throughout the month of August is presented by Culligan.

On Aug. 19, BTN will debut Scarlet and Gray Days: Inside Ohio State's Training Camp. The exclusive, behind-the-scenes series features Buckeyes training camp as they prepare for the 2015 football season. The in-depth, documentary style show will follow the reigning national champions over a portion of pre-season practice. Additionally, BTN will air Ohio State's first home game at 3:30 PM ET on Saturday, Sept. 12, as the Buckeyes take on the Hawaii Rainbow Warriors.

Throughout the season, BTN's football Saturday coverage starts at 10:30 AM ET with the B1G Football Pregame, presented by Auto-Owners Insurance, and includes post-game coverage and The Final Drive, which airs every football Saturday after the day's last Big Ten game.