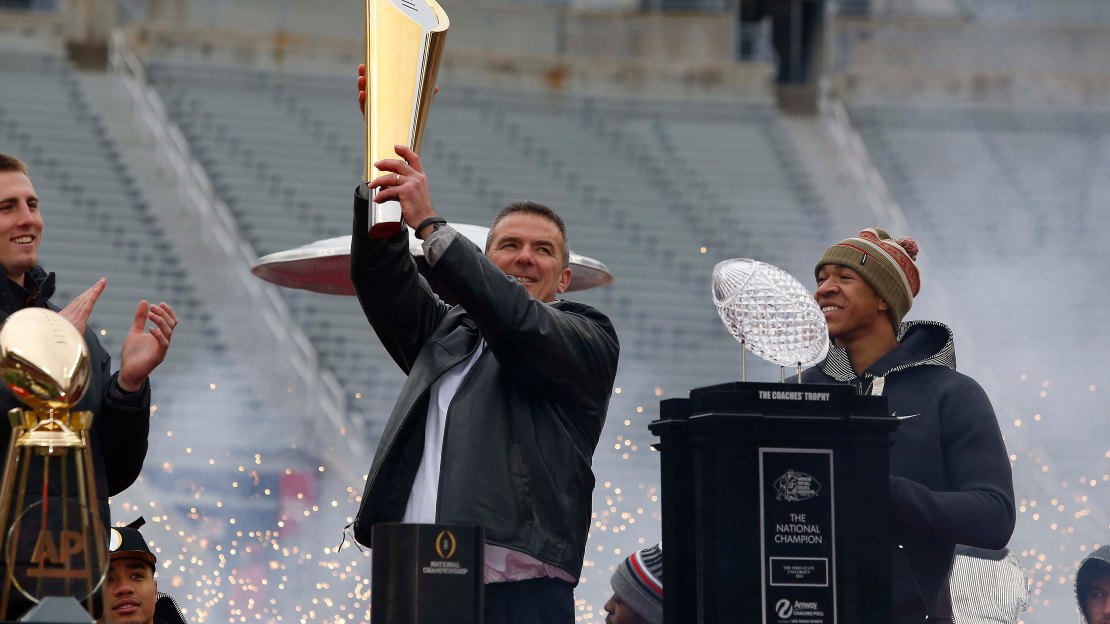 CHICAGO - The Big Ten Network will debut an original program in August with an exclusive, behind-the-scenes series featuring the Ohio State Buckeyes training camp as they prepare for the 2015 football season. The in-depth, documentary style show will follow the reigning national champions over a portion of pre-season practice.

One of the nation?s premier programs, Ohio State marches toward Week 1 at the forefront of the college football conversation. On the heels of defeating the Oregon Ducks in the first College Football Playoff National Championship Game, OSU will begin its title defense by seeking a win in their opening game against Virginia Tech, the team responsible for the Buckeyes? lone loss in 2014.

Ohio State Coach Urban Meyer will also have to decide on a quarterback to pair with running back and Heisman candidate Ezekiel Elliott. Meyer will choose between sophomore J.T. Barrett, who went 11-1 as a redshirt freshman starter, and junior Cardale Jones, who is 3-0 as a starter with wins in the Big Ten Championship, the Sugar Bowl and the National Championship Game. The Buckeyes also welcome back two-time Big Ten Player of the Year Braxton Miller, who returns after a season-ending shoulder injury, 2014 Lombardi Award finalist Joey Bosa and 16 others who were named to preseason watch lists - most in the Big Ten.

?Over our nearly eight-year history, BTN has consistently demonstrated an ability to tell the story of our conference, schools and athletes via original programming,? said BTN President Mark Silverman. ?As a testament to our track record, Ohio State is trusting us to do just that as the Buckeyes embark on yet another potentially historic season.?

BTN is the sports fan?s home for championship football in 2015. BTN will air Ohio State?s first home game at 3:30 PM ET on Saturday, Sept. 12, as the Buckeyes take on the Hawaii Rainbow Warriors. Later this fall, BTN will debut a new episode of Big Ten Elite, providing viewers with the complete story on the 2014 Ohio State team. Additionally, BTN will continue to offer an array of studio coverage throughout the season, with BTN Live and B1G Football and Beyond airing nightly Monday through Friday. The Journey: Big Ten Football returns this October.