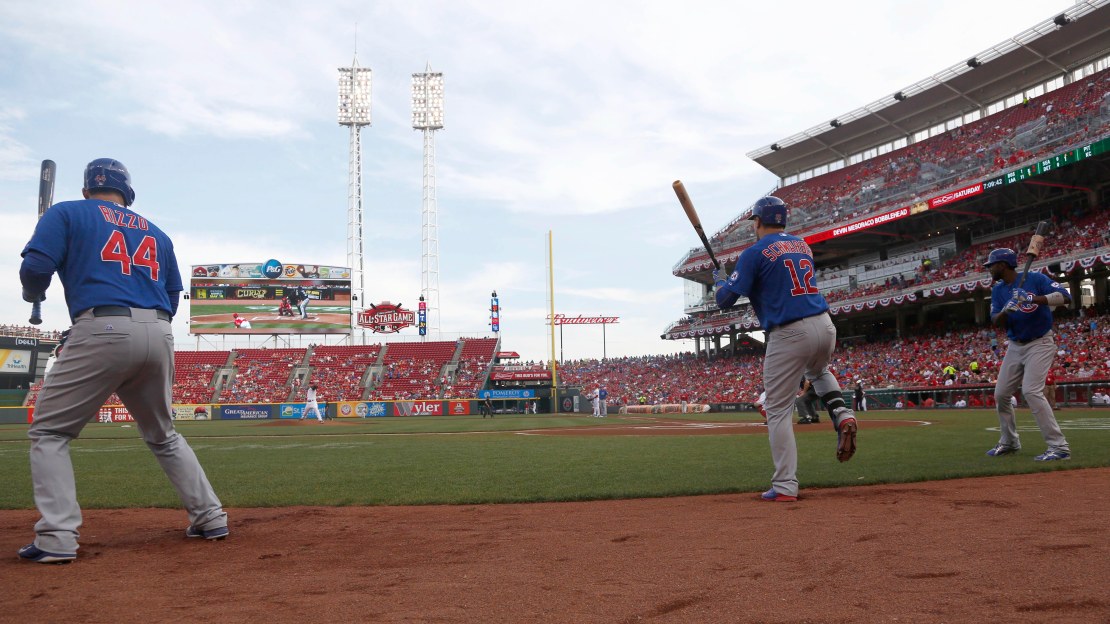 Kyle Schwarber is showing the baseball world what the Big Ten knew years ago.

The former Indiana star catcher and 2014 Big Ten tourney MVP can swing it, mash, rake, whatever you want to call it.

Schwarber hit the game-tying and game-winning home runs in the Chicago Cubs' 5-4 extra-inning marathon win Tuesday night at Cincinnati. Watch both longballs in the GIF above.

He finished the night 4-for-6 – a triple shy of the cycle – with four RBI.

The Middletown, Ohio, native, has saved his best while playing in his home state, too, going 11-for-20 (.550) with all three of his homers, eight of his 10 RBI and eight of his 10 runs in four games at Cleveland and Cincinnati.

Yes, the Indiana family is very proud of the former Hoosier.

.@kschwarb12 is trending at the IU Athletics water cooler today. Non stop convos. Not just proud of him. That kid is beloved. #Cubs #GoIU

Watch the full video of the game-winning home run and celebration: