One breakout player for every Big Ten West football team 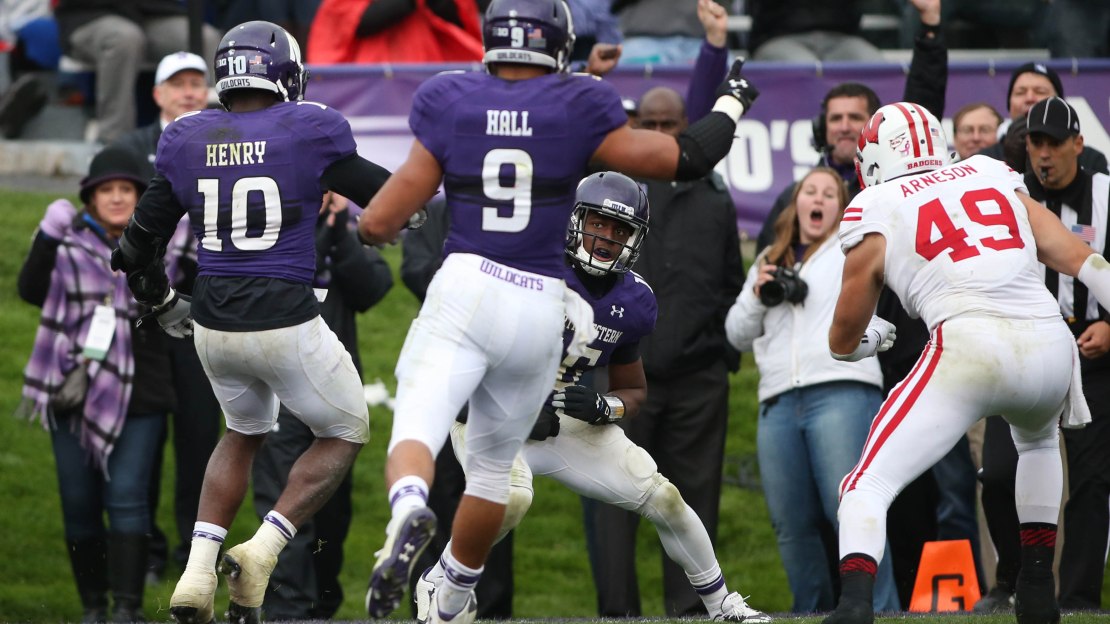 Yesterday, we looked at breakout players from each Big Ten East squad, players who never have started before and range from redshirt freshmen to seniors. All appear primed to play key roles for their respective squads in 2015.

Here?s a look at breakout players from the Big Ten West.

[ MORE: Get all of Tom Dienhart's preseason Big Ten coverage ]

ILLINOIS
FS Clayton Fejedelem. He?s a try-hard senior who has continued to progress throughout his career, to the point where he?s primed to play a key role in a veteran secondary. The 6-1, 195-pound Fejedelem-who began his career at an NAIA school–is a hitter who can cover a lot of ground at a safety position that has been lackluster in recent years in Champaign. Fejedelem compensates with effort and smarts for what he lacks in athletic ability.

IOWA
OT Boone Myers. He arrived in Iowa City as a walk-on, earning a scholarship last season. Now, Myers-a tight end and defensive end in high school–is primed to step into the key left tackle spot vacated by all-time great Brandon Scherff. The 6-5, 300-pound Myers has the athletic ability to play the position, but the sophomore must show he has the strength and technique. No one in the Big Ten has bigger shoes to fill.

MINNESOTA
DE Hendrick Ekpe. He?s a 6-5, 244-pound force off the edge who turned heads in the spring. The junior-whose brother Scott is a defensive tackle for the Gophers–has started just one career game but is primed to emerge as a bookend to Theiren Cockran. Ekpe is an explosive athlete who combines strength and speed.

NEBRASKA
DE Freedom Akinmoladun. The 6-4, 255-pound redshirt freshman could be the answer to the Huskers? need for a pass rusher off the edge with Randy Gregory gone. Akinmoladun has beefed up since arriving as a tight end and turned some heads in the spring at a position that lacks depth. Speed and explosiveness are hallmarks of Akinmoladun?s game.

NORTHWESTERN
S Godwin Igwebuike. The sophomore showed his potential when he picked off three passes vs. Wisconsin last season. Igwebuike started five games in 2014, when Ibraheim Campbell was hurt, and impressed during his redshirt freshman season. The 6-0, 200-pound Igwebuike has a nose for the ball and likes to hit, notching 51 tackles last season.

PURDUE
RB D.J. Knox. The Boilermakers are desperate for running backs with speedsters Raheem Mostert and Akeem Hunt gone. Knox impressed in the spring with his burst. But the sophomore is just 5-7, 197 pounds. Is he built for the long haul? If Knox isn?t the man, the staff hopes (prays?) that Indiana Mr. Football Markell Jones or sophomore Keyante Green emerges.

WISCONSIN
RB Corey Clement. Can it really be anyone else? (Actually, yes. Watch redshirt freshman LB T.J. Edwards.) Clement is the next in line of a procession of great Badger ball carriers. The 5-11, 217-pound junior had ?only? 969 yards rushing last season, carrying the luggage for starter and Heisman runner-up Melvin Gordon and his 2,670 yards. Pencil in Clement for at least 1,500 yards rushing this fall.