One breakout player for every Big Ten East football team 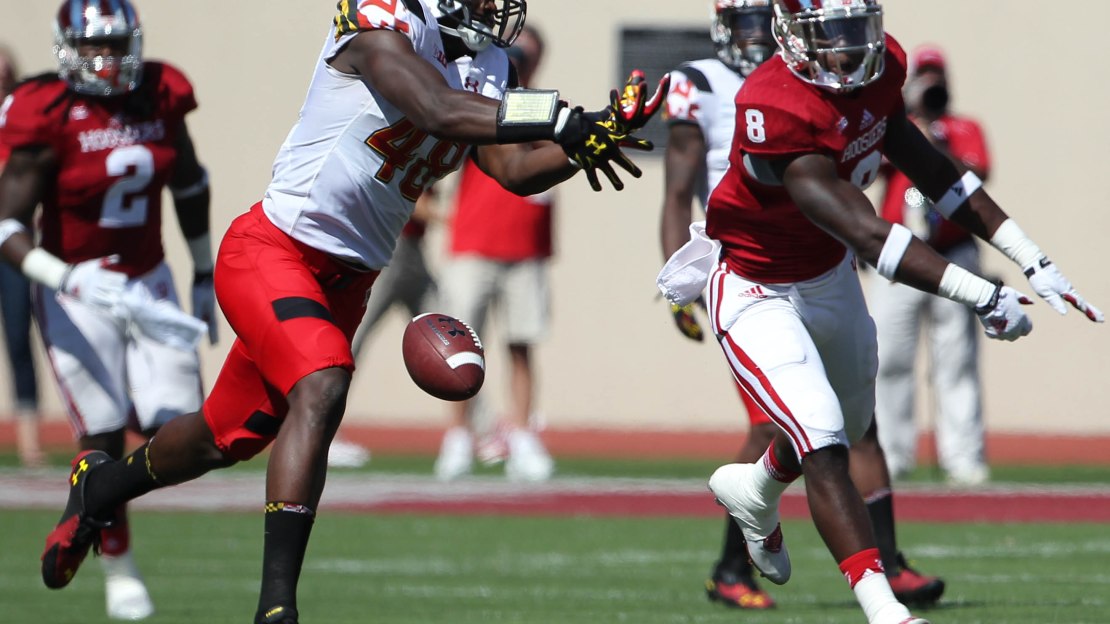 Every school needs them. They are breakout players. They may come out of nowhere to become key contributors this fall. Or, expectations may be big for these ?breakout? players.

Here is a look at one likely breakout player for each Big Ten East squad.

MARYLAND
OT Derwin Gray. The 6-5, 315-pound redshirt freshman is coming off spring shoulder surgery but is expected to be ready. He better be, as the Terps need Gray to hold down the key left tackle spot. Maryland also needs Gray?s bookend-redshirt freshman right tackle Damian Prince–to excel and give the Terps a strong rushing attack to take pressure off new QB Caleb Rowe.

MICHIGAN
SS Jabrill Peppers. The 6-1, 205-pound Peppers got his feet wet as a freshman last year-playing in three games with a start–but ultimately was redshirted because of leg injuries. Peppers is an uber athlete who has converted from cornerback. He?s a frightening combination of speed and size who flashed his potential in the spring. Peppers is primed to live up to the massive hype that accompanied him to Ann Arbor.

OHIO STATE
HB Jalin Marshall. America got a glimpse of his playmaking skills last season as a true freshman. And Marshall finished No. 2 on the team with 38 catches for 499 yards and six TDs. Only Cris Carter caught more passes as a freshman at OSU than the prep quarterback. Now, with Devin Smith and Evan Spencer gone, the 5-11, 205-pound Marshall could see an expanded role and become one of the Big Ten?s most deadly weapons.

PENN STATE
DE Carl Nassib. Yes, the 6-6, 270-pounder is a senior, but he has played a reserve role his entire career after arriving on campus as a walk-on and adding 60 pounds. With holes to fill at end with Deion Barnes and C.J. Olaniyan gone, Nassib is primed to start and play a big role. He impressed in the spring after showing flashes off the bench last year.

RUTGERS
DE Kemoko Turay. The rangy Turay made a mark last year as a redshirt freshman as a pass rusher and kick blocker. He?s an athletic 6-6, 235-pound freak who tied for the national lead with three blocked kicks. Turay also was seventh in the Big Ten with 7.5 sacks. Not bad for a guy who played just two years of high school football.