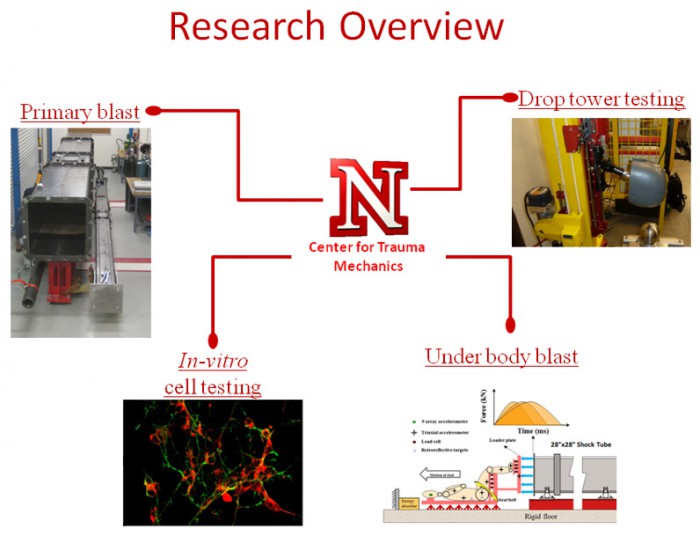 Even though the wars in Iraq and Afghanistan haven?t definitively ended, the aftereffects are already being felt as thousands of soldiers return home with traumatic brain injuries (TBIs) caused by improvised explosive devices, or IEDs. The U.S. Department of Defense reports that TBIs, described as ?the signature injury? of those wars, have afflicted some 320,000 veterans since 2000.

Members of the U.S. Armed Forces who?ve sustained these wounds, which are often caused by simple, low-grade explosives, usually face either a long, hard road to recovery or a lifetime of infirmity. But University of Nebraska engineers are working to better understand the mechanics behind these injuries - and hopefully reduce them over the long run. 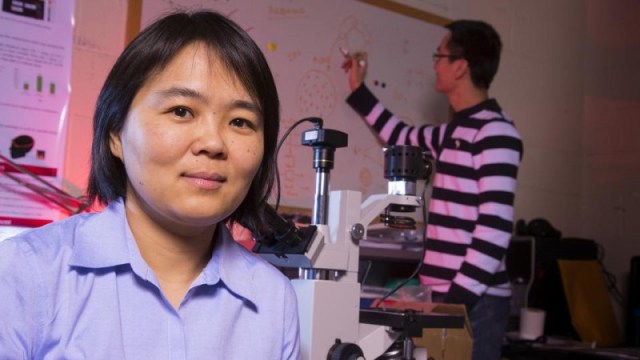 ?We have causes [of TBIs] due to blasts, but we are not sure how the injury happens.? said Linxia Gu, an associate professor of mechanical and material engineering. ?There are so many hypotheses out there.?

Most people intuitively grasp that it?s not good to have their head - or any other parts of their body, for that matter - anywhere near a powerful explosion. But what?s not exactly clear is why a blast can damage the brain even when someone?s skull is untouched by fire or shrapnel and protected by a helmet.

As it turns out, the ?waves? of force caused by a large explosion can cause more damage to blood-vessel networks in the brain than previously thought. That knowledge, according to Nebraska?s Trauma Mechanics Research Initiative, could lead to changes in the design of helmets worn by U.S. soldiers to help protect against head injuries.

Gu and her colleagues conducted a series of experiments to test that theory. Many of these included using models of the human head and simulated IED blasts with a ?shock tube? that pushes air at some 900 miles per hour. Other experiments involved placing old helmets on human cadavers.

?We did the project for six years ? as we tried to develop a model with the major features of a blast event,? she said. ?We had to make sure the model was doing the work, but sometimes it does not always work.?

[btn-post-package]The Nebraska team claims that previous research on blast-induced TBIs have yielded either inconclusive or contradictory results on harmful effects to the brain caused by exposure to explosive force. However, their own extensive research suggests that ?the networking of cerebral vasculature leads to the significant alternation of brain dynamics? due to bomb blasts.

The Trauma Mechanics Research Initiative published its findings in the June 2015 edition of the academic journal Computational and Mathematical Methods in Medicine. And though it?s made good progress so far, there will be plenty more studies to conduct before any new designs are developed for helmets and body armor that can better protect soldiers from the threat posed by IEDs, Gu said.

?There are so many questions that need to be answered,? she added. ?We are hoping to get more support to continue the work.?