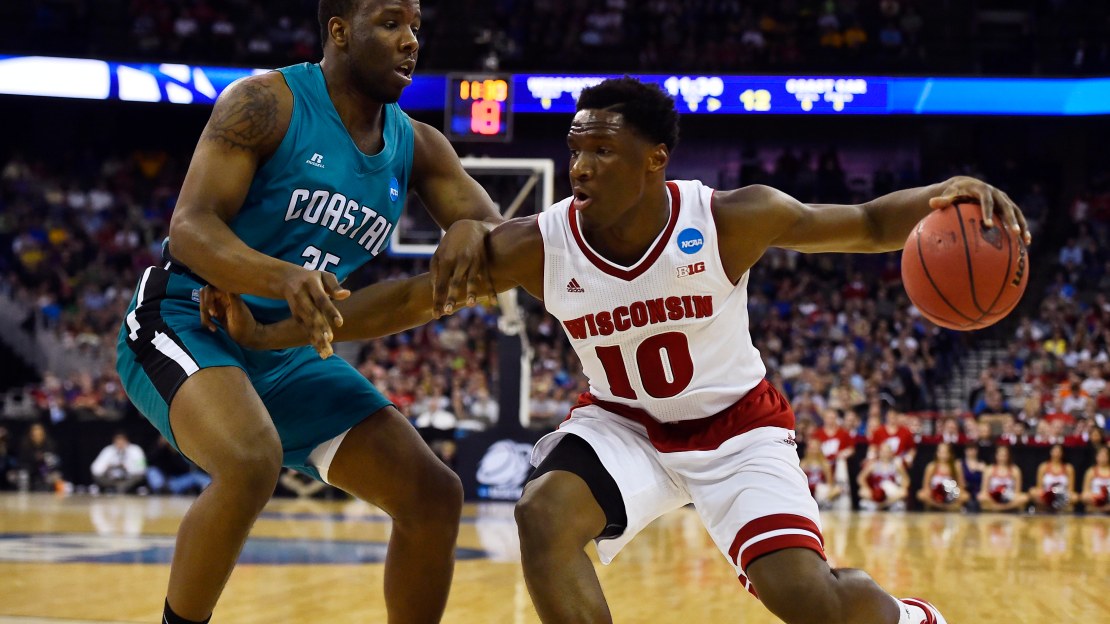 Three former Big Ten standouts were selected in the first round of the 2015 NBA Draft, with two more landing in the second round.

Now that this year's draft is in the books, experts are already looking ahead to next year's big event.

ESPN NBA Insider Chad Ford recently released his 2016 draft sneak peek, where he gave readers an inside look into some potential top picks in next year's draft.

While Ford did not list any Big Ten players in his "Top 5 2016 prospects," he did list three Big Ten stars later on in his article.

Maryland incoming freshman Diamond Stone was mentioned as one of the eight first-year players Ford experts to be selected in the lottery portion of next year's draft.

Ford also says that Wisconsin's Nigel Hayes and Michigan's Caris LeVert could "all end up in the middle of the first round and possibly higher, with excellent seasons."

My take: Stone, Hayes and LeVert all make sense, but I was a bit surprised not to see Maryland's Melo Trimble included. The Terps' point guard had an outstanding freshman season and will likely be a popular pick for the 2015-16 preseason Big Ten Player of the Year. Other potential first round picks could include Thomas Bryant and Troy Williams (Indiana), Denzel Valentine and Eron Harris (Michigan State), A.J. Hammons and Caleb Swanigan (Purdue) and Jake Layman (Maryland).