Photo: Yes, those are tanks on inside of Frank Kaminsky's suit coat 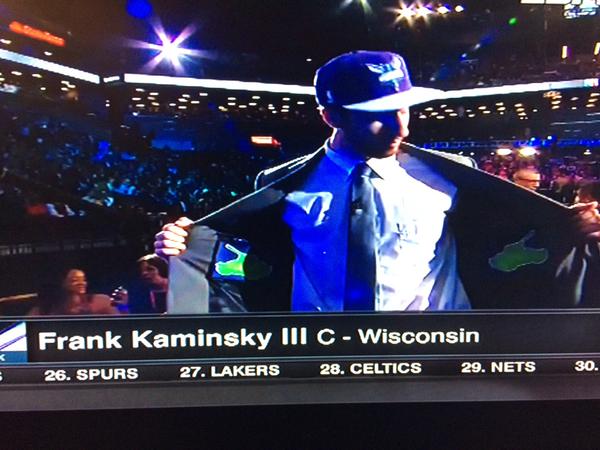 Frank Kaminsky was taken with the No. 9 pick in the 2015 NBA Draft on Thursday night.

After the Charlotte Hornets selected "Frank the Tank," the unanimous national player of the year opened up his suit coat to show off a couple of tanks.

Check it out in the photo above.

This isn't the first time the inside of a former Big Ten player's suit coat garnered attention at the NBA draft; in fact, last season Adreian Payne honored his late friend Lacey Holsworth, 8, who died of cancer shortly before the draft.