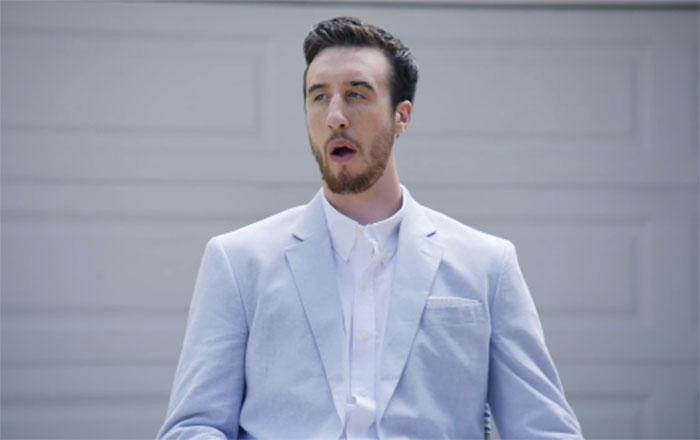 Going pro doesn't change the man. But linen just might. Something about @FSKPart3 is different. #FrankChangedhttps://t.co/jkieWAEp0o

In just three nights, former Wisconsin standout Frank Kaminsky will hear his name called in Brooklyn at the 2015 NBA Draft.

The question is, what will the consensus national player of the year be wearing as he walks across the stage Thursday night?

Based on the video above, it figures to be a JC Penney linen suit.

We highly recommend watching the ad, which consists of 15 seconds of a suit-clad Kaminsky sitting in front of a garage door, dribbling a basketball, chewing gum/blowing a bubble and staring off into space.