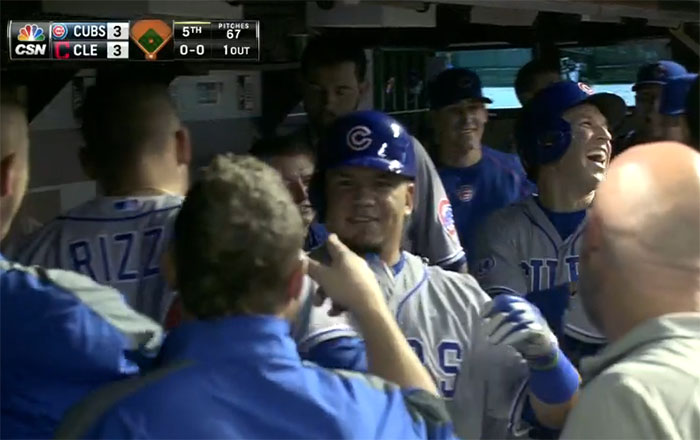 It isn't as easy as Kyle Schwarber is making it look.

The former Indiana catcher went 4-for-5 in his first MLB start Wednesday night, and he followed that up by belting his first home run Thursday night.

In his first three games with the Chicago Cubs, including a strikeout in his first at-bat as a pinch hitter in his debut Tuesday, Schwarber is 6-for-10 with one home run, four RBI, five runs and a 1.700 OPS.

Back to the home run, Schwarber, the 2014 Big Ten tourney MVP, went opposite field against hard-throwing Danny Salazar to tie the score.

Funny thing is, no matter how well Schwarber does, he is destined to go to AAA Iowa after Sunday's game at Minnesota. The Cubs have made it known that their 2014 first-round pick is up to serve as the DH during the team's six consecutive games at AL parks.

"He may be the only guy ever to be the player of the week in the big leagues (to be) demoted to the minor leagues the very next week."

Here's a stat that puts Schwarber's start in perspective: