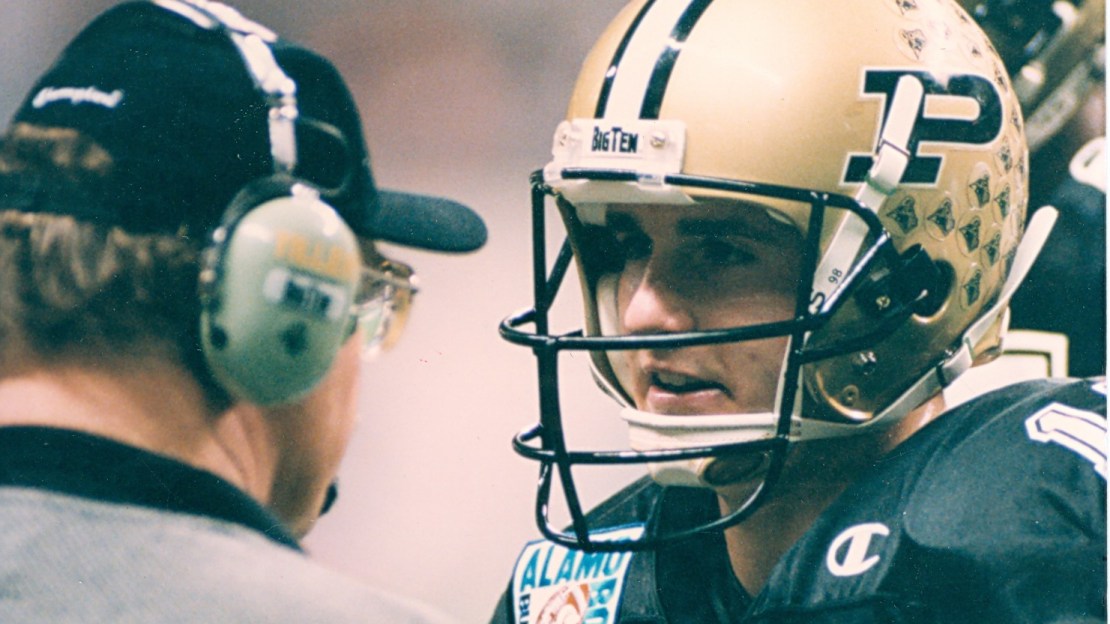 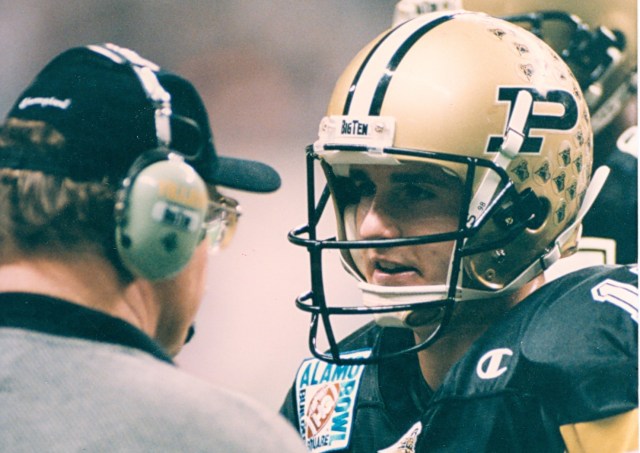 Former Purdue quarterback and current NFL star Drew Brees has made a $1 million donation to the Purdue football program, it was announced Friday.

Read the full PurdueSports.com release below:

"We care so much about Purdue University," Drew Brees said. "Purdue has meant so much to me, and it has provided so many things. From the education I received and playing for coach Joe Tiller, to winning a Big Ten championship and going to the Rose Bowl, to the relationships I was able to form with many of my teammates and meeting my beautiful wife … we are so blessed and so thankful.

"We just want to show how much we believe in our university, in our football program, in our leadership and in the direction we are heading."

The Football Master Plan was designed by athletics director Morgan Burke and head football coach Darrell Hazell to create a championship-caliber program. It consists of five points: roster development, recruiting, fan engagement, university support and facilities. Each of those topics was discussed in depth last week at a three-day summit involving university officials – including president Mitch Daniels, board of trustees chairman Tom Spurgeon and vice chairman Mike Berghoff – Burke, Hazell and members of the football coaching staff; Brees and other former football players; and additional alumni and supporters.

"Drew certainly meant a lot to us during his four years on campus, and he has continued to mean a lot since he left," Burke said. "This gift by Drew and Brittany not only demonstrates the generosity that has become a staple in their lives, but also affirms that someone who has `been there, done that' both at Purdue and in the National Football League believes in what we are doing and wants to be part of it. On behalf of everyone involved with Purdue Athletics, I say thank you for everything they have done and continue to do to support our mission."

An initial market survey was conducted last fall, and the nearly 4,000 responses led to a design competition among six firms. In May, the athletics department chose Populous, a highly regarded firm specializing in the design of sports facilities. A second survey was conducted recently, with the goal to refine the Ross-Ade Stadium south end zone plans recommended by Populous, and the results from some 5,000 respondents will be reviewed later this month.

Burke has received authorization from the Board of Trustees to begin concrete repairs to the southeast and southwest grandstands following the 2015 season and to develop a plan that includes other facility upgrades. The goal is to share that plan in December. All projects will be paid for by external support and internally generated funds. No student fees or state support will be utilized.

"I am so proud to be a Boilermaker," Drew Brees said. "Every chance I get, I try to tell somebody about Purdue and my experience, whether it's athletic, academic or just being a student. It was such a tremendous part of my life. I always want to share that experience with others and hope they will have that same sense of love and pride for the university that I do."

Brees, currently the starting quarterback for the New Orleans Saints, played for the Boilermakers from 1997 to 2000. He still holds Big Ten career records for passing attempts (1,678), completions (1,026), passing yards (11,792), passing touchdowns (90) and total offense (12,692). As a senior, Brees led the country in total offense, averaging 358.1 yards per game. He won the Maxwell Award, which recognizes the nation's top player, and the Chicago Tribune Silver Football as the Big Ten's Most Valuable Player while finishing third in the Heisman Trophy balloting. Brees also was selected the conference Offensive Player of the Year for the second time. An industrial management major and the ultimate student-athlete, he was named the Academic All-American of the Year and received the inaugural Socrates Award, recognizing the nation's finest athlete in terms of academics, athletics and community service.

Brittany also attended Purdue, earning a bachelor's degree in organizational leadership and supervision in 2000. In addition to raising their four young children, she runs the Brees Dream Foundation full time in its mission to provide education and create opportunities for children and families in need, especially those suffering from the debilitating effects of cancer. The Brees Dream Foundation has contributed over $22 million since its inception in 2003.

In 2007, Drew and Brittany made a $2 million gift to Purdue to boost the academic side of the intercollegiate athletics program. The gift enhanced an academic area that has been named the Drew and Brittany Brees Student-Athlete Academic Center, located adjacent to Mackey Arena.