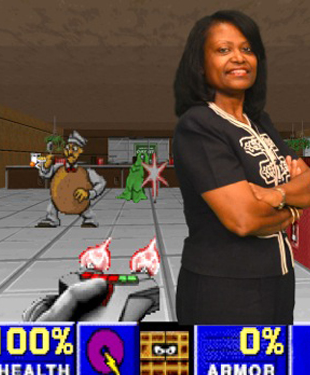 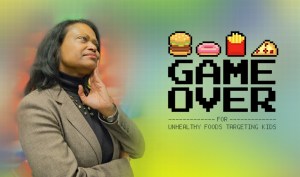 The causes of childhood obesity in America are numerous. As most parents are aware, steering kids toward healthy food options is a never-ending battle.

Michigan State professor Lorraine Weatherspoon looked at the problem and helped shed light on something many parents may have missed: how unhealthy foods are being marketed to kids through online computer games.

This isn?t about changing the symbols in ?Candy Crush? to carrots and broccoli and calling it a day. Weatherspoon co-authored a report on ?advergames,? a marketing tactic that promotes computer games tied to a specific product.

?What happens is you go and buy cereal or whatever it might be at the supermarket, and the box says ?Free Game,?? she explained. ?Parents subconsciously think, ?OK, cool. Something to keep them busy.?

?The part that we looked at were the [products?] linked websites. You go into these things and start playing these games. And it is a game, but at the same time, it?s additional advertisement for that product or other related products.?

While playing the computer games, kids are introduced to other food items. Weatherspoon and her MSU colleagues discovered that these additional products were almost invariably of poor nutritional value.

The study looked at 145 different websites, which introduced 439 food products. Of those products, approximately 95 percent of the meals exceeded total fat content recommendations set by the U.S. Department of Agriculture and the U.S. Food and Drug Administration. Among the snacks advertised, 97 percent exceeded the USDA?s recommendations for added sugar.

Weatherspoon worked with principal investigators Dr. Nora Rifon and Dr. Elizabeth Taylor Quilliam on the study, which was published in the journal Preventing Chronic Disease.

?We thought this was something that wasn?t on most people?s radar, or even parents? radar,? Weatherspoon said. ?This is another way kids could be exposed to something unhealthy. And it was a wide range of companies and products.?

Obesity affects 17 percent of U.S. children and teens, triple the rate of a generation ago, according to the U.S. Centers for Disease Control and Prevention.

[btn-post-package]The study generated some publicity for the cause, but it?s difficult to change advertising tactics because the food industry is largely self-regulated. The MSU study concluded that a standardized system of food marketing guidelines is needed to better inform the public of the healthfulness of foods advertised to children.

Since the article was published, Weatherspoon has been able to expand her role in the field by taking a sabbatical faculty position with the Center for Science in the Public Interest in Washington, D.C.

?From my work at CSPI, what I understand is some of the companies are trying to be a little bit more responsible in trying to change formulations of certain products, trying to reduce the salt and sugar and fat,? Weatherspoon said. ?So there is some positive movement in that direction, but it?s not universal and it?s not for all products. So I think this is ongoing work that needs to be continued.?