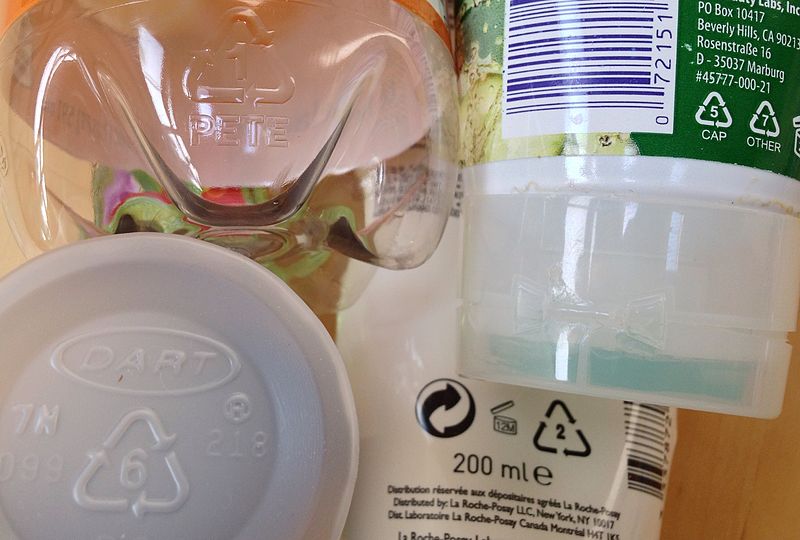 From dormitories to the Horseshoe, Buckeyes are enthusiastic about the benefits of recycling. And a team of students from The Ohio State University Fisher College of Business and the College of Engineering created a tool that they hope will help spread that enthusiasm to municipalities of all sizes across the country.

The group recently developed an app - called RecycleNow - that?s designed to help cities and other local governments quantify the economic, social and environmental benefits of recycling programs, thereby helping them make the case for continuing and expanding those efforts. 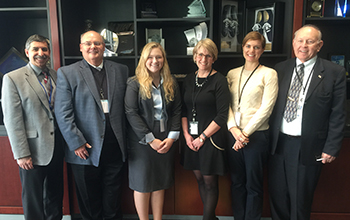 ?It brings all the environmental and social impacts in one place,? said Neil Drobny, director of Fisher?s Energy and Sustainability Cluster. ?We want to help cities help themselves.?

The project, which was funded through a $100,000 grant from the Alcoa Foundation, came about through Drobny?s ties with Alcoa.

?They said, ?Can you guys put together a team to do this??? Drobny said. ?Of course, we said yes. There were not a lot of constraints, other than a budget and a time period. The ultimate goal was to get cities to recycle more.?

It started out as a research project that would only result in a published study. But after the team of students, faculty and advisers saw what they had, developing an app seemed like the logical next step.

?We just started doing a lot of research,? said student Maggie Wehri, who headed the initial information-gathering portion of the project. ?It completely surpassed our expectations, as well as theirs. We were really proud of that.

Right now, the app is still in a developmental phase. It shows the effects of recycling on communities of 100,000 people, and analyzes a number of recyclable materials like paper, plastics and metals.

The goal is to make it more customizable, so that cities of any size can determine how and where to emphasize their recycling efforts.

?It?s a very basic, beta version,? Wehri said. ?We?d like it to go to the community so they can put in their own information.?

Drobny said he hopes to be able to add real-time features, like aluminum prices, to give an exact cost analysis. He also hopes to secure funding to move the project to the next phase.

?We want to take the next step where cities can take all these variables to get real time updates,? he explained. ?What we hope is to build enough interest in seeing the next generation of the app so that we could take it out into the field in specific cities and test it. We have a number of potential sources, but they want to know if someone other than us thinks it?s a good idea.?

The group plans to take the app around to a number of conferences this summer to get the word out. Then they will enter it in a competition this fall at a recycling innovation forum. The judging for that will be in late September, and right now, Drobny likes the team?s chances.

?I don?t think anybody else is gonna have an app in there,? he said.

Until then, they?ll keep evolving the product in order to make it as valuable as possible for other groups to use.

?I think there?s a lot of potential and a lot of value,? Wehri said. ?The fact that we were able to produce something in a manner that can change decision makers? minds and benefit the community is a really powerful thing.?

[btn-post-package]For Wehri, the process itself has been a learning experience. Originally an art major with a focus on sculpting, she has added another field - sustainable enterprise management - to her academic pursuits. She said the project was a testament to people from different backgrounds working together.

?Seeing the full force of all these different leaders and students coming together was a really interesting but also challenging experience,? she said. ?It was really great to see. There?s a lot of value in those collaborative efforts.?