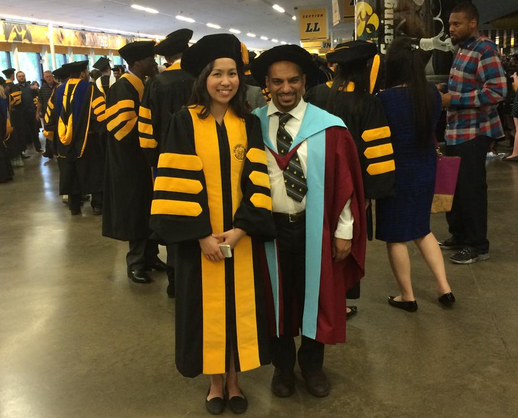 Bone-regeneration technology is not exactly new - just ask anyone unlucky enough to have needed extensive dental work in recent years.

But at the University of Iowa College of Pharmacy, Dr. Aliasger Salem and his research team at the Salem Lab have made significant strides in this area, which could expand it far beyond its current application in advanced dentistry.

Salem and his team have been developing what they believe to be a safer - and eventually, less-expensive - approach to bone regeneration. Traditionally, this work has been done by applying a patch of porous material (which allows cells to weave in and out, dividing and expanding) to deliver a continuous high dosage of proteins. Those proteins then instruct the surrounding cells to turn into bone.

The Iowa researchers? method utilizes a similar type of patch, one that contains DNA. And this has proved to be a game changer.

Salem explained the process this way: There?s a piece of DNA containing genetic information that?s inserted into a cell?s nucleus. That cell is then programmed to produce what the DNA has instructed it to - in this case, bone cells. Eventually, the patch dissolves away and you?re left with solid bone.

Beyond dental applications, healthcare professionals could use bone growth patches in a variety of ways, including the repair of craniofacial and skeletal defects, traumas where a large segment of bone has been fractured or removed, or in combat situations such as when a soldier?s bones are damaged in multiple places from shrapnel.

If the traditional, protein-only method is effective in growing bone, why devise this new method? Because the need to deliver a constant source of proteins to the patch requires an incredibly high dosage, therefore running a risk of adverse side-effects like an immunological response.

?In contrast to using DNA, which is very easy to produce, scale up and manufacture, the use of proteins is super-expensive and hard to produce,? Salem explained.

He added that in testing, this DNA-added patch was able to completely regenerate a 5 mm by 2mm area of missing bone - actually a larger area than most common dental applications - in four weeks. That?s not much faster than the previous protein-only method, but the DNA allows for such a small dose that it severely minimizes the potential negative side-effects.

[btn-post-package]?We identified a technology called chemically modified RNA,? he said. ?This is a cutting-edge methodology. It had never been used for tissue engineering or regenerating, so we made a chemically modified RNA that can do the same thing our DNA did, but instead of having to get into the nucleus of the cell, it can do it in the cytoplasm.

?It has reduced the risk of any of the things typically associated with gene delivery,? he added. ?It?s much more efficient, and it has lower toxicity. This idea that we don?t have to get into the nucleus, and we can just do the same production of the protein in the cytoplasm ? that?s amazing."

Now, with funding from the NIH, Salem?s team is hard at work on developing chemically modified RNA patches. They?ve also drafted a paper to submit for journal review and, Salem hopes, publication.

?We?re now aggressively pursuing [chemically modified RNA] because we?ve got the money to do it, and I think it?s going to be the one that makes the difference,? he said. ?It?s really, really innovative.?

With all the exciting developments in gene-infused patches for bone growth, when could we see this technology in operating rooms? Salem is optimistic that it will be in the near future.

?With the right development and an aggressive timeline and doing all of the safety studies, I would say between five and 10 years, we?ll have it out and done,? he said.