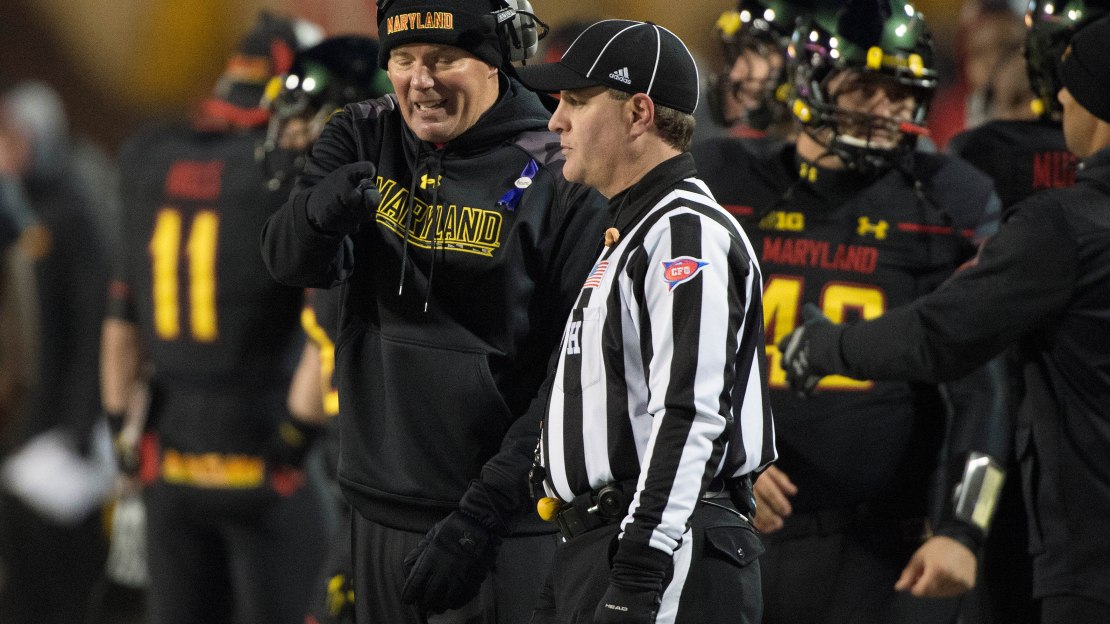 Maryland?s Big Ten debut was a success by most measures, as Randy Edsall navigated the Terrapins to a third-place finish in the Big Ten East that saw them go 7-6 overall and reach a bowl.

Highlights included wins on the road at Michigan and at Penn State.

The Terps have a good chance to build on that 2014 mojo, but the 2015 schedule is filled with challenges.

Here is a detailed look at Maryland?s to-do list for the fall.

Toughest non-conference game: at West Virginia, Sept. 26. These old rivals played a barn-burner last year that the Mountaineers won in College Park, 40-37, on a last-second field goal. Dana Holgorsen has WVU trending in the right direction and has 16 starters back. But both lines needs to develop and the QB spot needs to develop. These schools have played 51 times, with the Mountaineers winning eight of the last nine encounters. Maryland hasn?t won in Morgantown since 2002.

Toughest conference game: at Ohio State, Oct. 10. This will be Terrapins' first taste of the Horseshoe. By the time Maryland rolls into Columbus, the Buckeyes could be unbeaten and No. 1 in the nation as they look to defend their national title. OSU beat the Terps, 52-24, last year in the first meeting ever between the schools. Good luck with all of that, Maryland.

Who they don?t play: The Terps miss Minnesota, Nebraska, Illinois, Northwestern and Purdue.

Easiest game: vs. Richmond, Sept. 5. The season-opening visit from the FCS foe should be as easy as it gets all season. Still, the Spiders don?t figure to be a pushover coming off a 9-5 season that included the program?s ninth playoff appearance. Richmond won it all in 2008.

Rugged stretch: Maryland has a tough four-game run from Sept. 26-Oct. 10, when it goes to West Virginia, welcomes Michigan, travels to Ohio State and plays host to Penn State, a blooming rival that won?t soon forget how Maryland refused to shake hands before last year?s game. If that four-game stretch isn?t bad enough, the next three games also are rugged, with a trip to Iowa, visit from Wisconsin and game at Michigan State. Oh, man.

Factoid: Maryland will be making its first trip ever to Iowa City, Iowa, and Columbus, Ohio.

Best chance to be upset: vs. Bowling Green, Sept. 12. Beware Bowling Green, the back-to-back MAC East champion. The Falcons figure to be one of the better teams in the MAC, thanks to a veteran offense for a program that whipped Indiana last year.

Best chance to pull an upset: vs. Michigan, Oct. 3. It may not be much of an upset, seeing as how Maryland won in Ann Arbor last season, 23-16. The composition of the Jim Harbaugh?s first Wolverine team is a bit of an unknown.

Must win: vs. Penn State, Oct. 24. Maryland has some tough road games, which makes protecting home turf a priority. One of those home games the Terps need to win is vs. the Nittany Lions, who they beat in State College, Pennsylvania, last season on a last-minute field goal in a clash between burgeoning rivals.

Bye week: It comes at the halfway mark of the season after six games-perfect. And the timing is good, as the bye comes after a trip to Ohio State and visit from Penn State. Maryland figures to need the respite.