Illini, past and present, tweet support for program, Tim Beckman 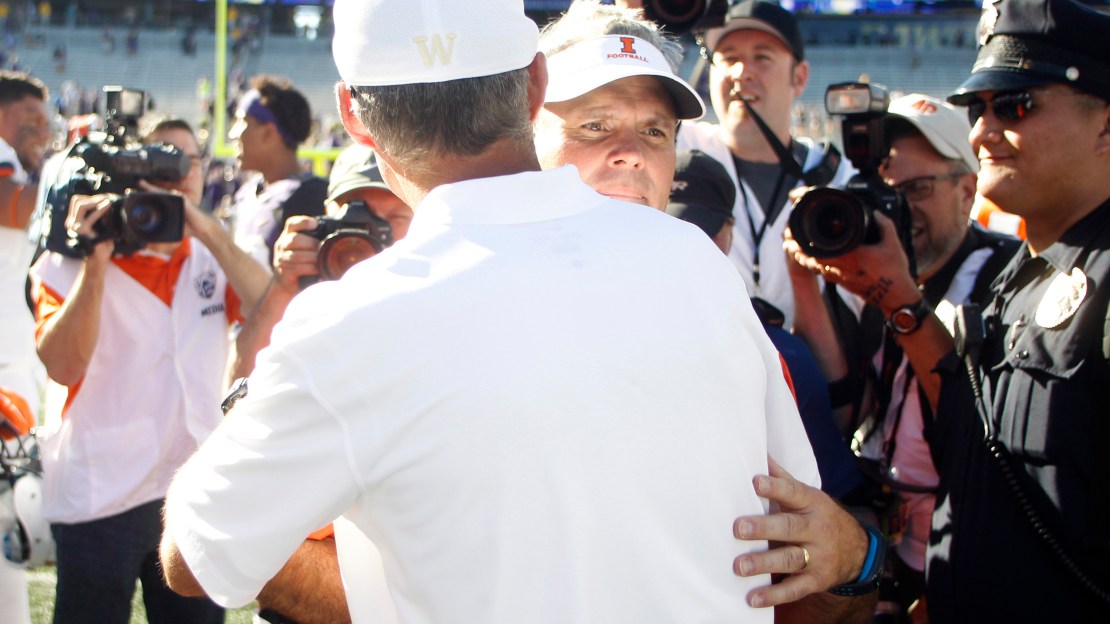 Illinois football players, past and present, took to Twitter on Thursday to show their support for the program and head coach Tim Beckman.

Cvijanovic, who tore his meniscus vs. Ohio State on Nov. 1 and missed the rest of the 2014 season, stopped playing football because, ?I was asked to push myself past pain until I didn?t want to play anymore.?

The offensive lineman started 29 games at Illinois during his final three seasons. He was one of three players who represented the Illini last July at the Big Ten?s Media Days in Chicago.

See the tweets from current and former Illini below.

Hard to please 100+ guys on a football team. If guys are unhappy, transfer.

Football is just like the game of life. Things get difficult and you have 2 options. Fight for your team or find an excuse. #ProudIllini

I always chose to play hurt because I knew my team was more important than myself. Thats life. Put others in front of yourself #ProudIllini

The #illini football coaching staff has always been there for me! Never been around a more respectful group of coaches #crazyproudillini

After I had surgery on my knee, Coach Beckman, Cubit, and Brattan checked in on me every day to see how I was doing. #Proudillini

During recovery our coaches and medical staff encouraged me to take my time and made sure I was comfortable and ready for each new exercise.

This Illini staff gave me an opportunity to play B1G Football and I will forever be thankful for that. #ProudIllini

It's amazing to have a coaching staff that helps you obtain all of your goals, ON and OFF of the field #ProudIllini

Our coaches sacrifice everything for us and I'm honored to do the same for them and my team mates. Love them all like brothers #ProudIllini

Never been prouder to represent the integrity & proud tradition of University of Football program. GO ILLINI! We are strong. #proudillini