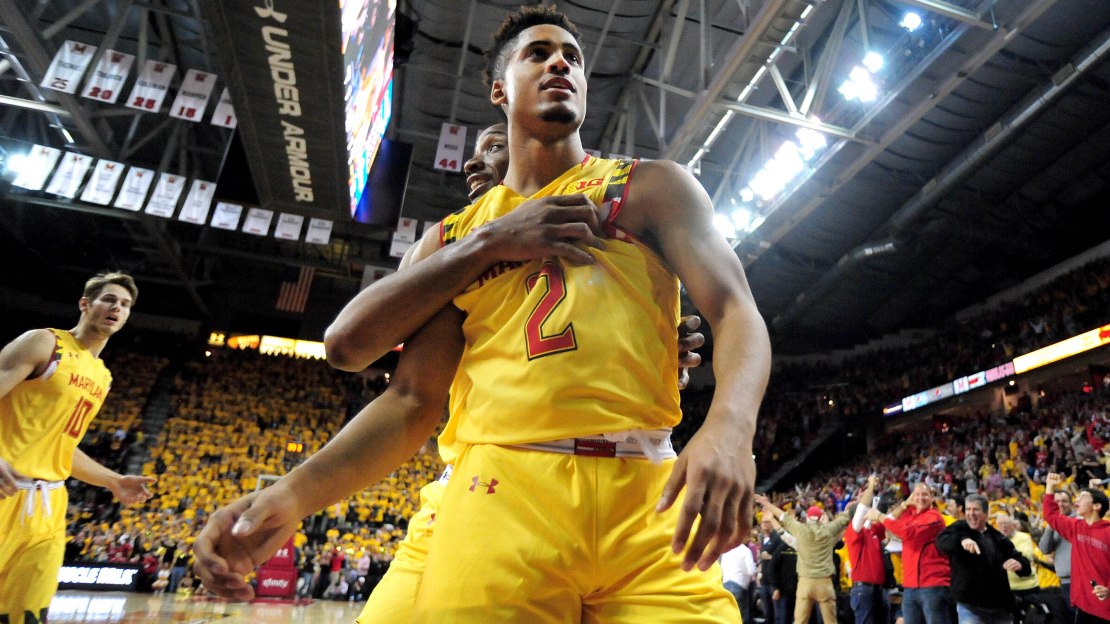 The much-anticipated matchups for the 2015 Big Ten/ACC Challenge were released to the public on Wednesday afternoon.

While there are plenty of enticing games in the challenge, there are also several outstanding individual player matchups.

Three 2015 Final Four teams are included in the mix, which means this year's challenge will be stacked with talent from top to bottom.

This got me thinking… What are the top individual matchups to keep an eye on in this year's Big Ten/ACC Challenge?

* This list does not guarantee these players will be guarding one another, but I did my best to match players who play the same position on the court.

You really can't get any better than this. Two of the top point guards in the nation going head-to-head in a game that will feature two top 10 teams. Both guards are great distributors, but both can score in bunches when their team needs them to. This has all the makings of an instant classic.

Good luck finding a better post matchup than this one. Stone stands at 6-10, 250 pounds, while Meeks checks in at 6-9, 280 pounds. Can the heralded freshman get the best of the multi-skilled veteran?

These are two of the most versatile players in the country. Brogdon is likely a preseason All-American, while Tate will be expected to be OSU's go-to-option with the loss of D'Angelo Russell, Shannon Scott and Sam Thompson. This should be fun.

Another elite point guard matchup features two veteran floor generals in Walton Jr. and Barber. The health of Walton Jr. could very-well determine how far Michigan goes in 2015-16, while Barber hopes to lead the Wolfpack to another NCAA Tournament run.

Michigan State fans have been waiting for the arrival of Harris, who transferred from West Virgina but was forced to sit out last season due to NCAA rules. He will be tested early by Snyder, who will take over as the go-to floor leader for this Louisville team.

This is the top freshman matchup of the Big Ten/ACC Challenge. Bryant and Jeter are two of the top-ranked big men in the 2015 class, and both will get the chance to prove their worth in this early-season clash.

Two of the best shooters in their respective conference, Koenig vs. Cooney should be a fascinating matchup. With new starting lineups in place for these teams in 2015-16, both of these guys will be looked at to be big-time scorers next season.

This is the third matchup from this game on the list, but it's impossible not to pay attention to this one. Williams is one of the most athletic slashers in the nation, while Ingram is believed by many to be the top freshman swing forward in the nation. If you like high-flying athletes, this will be a great matchup to watch.

Nunn is a talented left-handed guard who has shown great improvement since he first arrived in Champaign back in 2013. Jackson is an elite-level guard who was a key cog in Notre Dame's 2015 Elite Eight run.