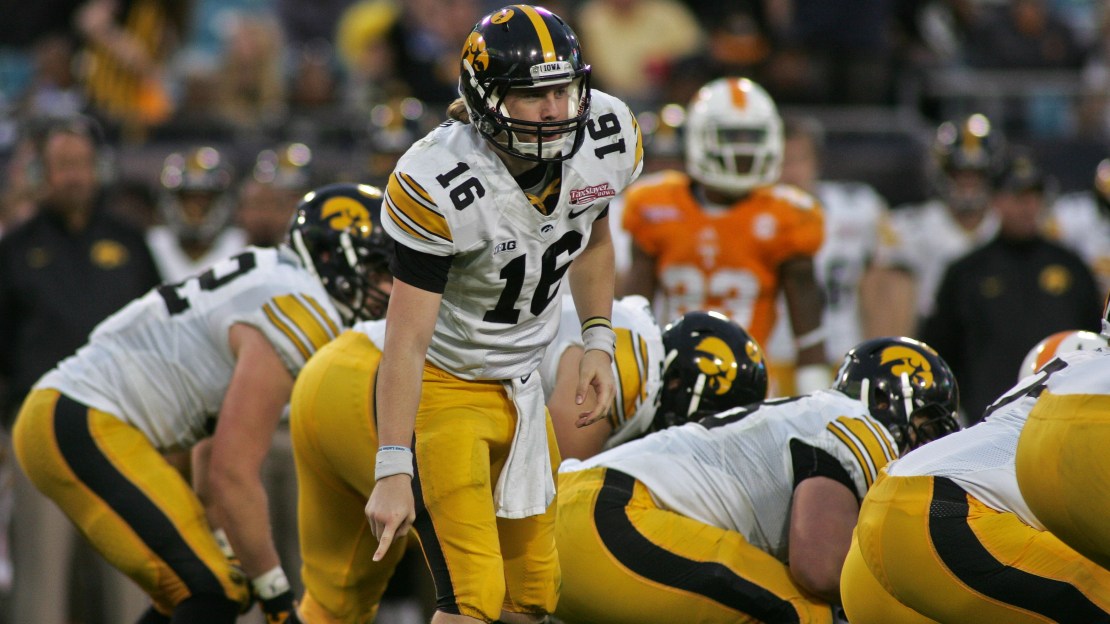 Kirk Ferentz enters his 17th season at Iowa looking to reestablish his program among the best in the conference.

The waters haven?t been smooth of late in Iowa City. The Hawkeyes are coming off a 7-6 season that left a bad taste in the mouth of most fans. The program also went 7-6 in 2011 followed by a 4-8 record in 2012. The Hawkeyes need to reverse that trend.

Iowa has some promising building blocks on both sides of the ball and should return to a bowl for a third season in a row and sixth in seven years. How good of a bowl will it be?

The good news: The Hawkeyes? 2015 schedule is built for success.

Here?s a detailed look at what?s in store for Iowa.

Toughest non-conference game: at Iowa State, Sept. 12. The visit to Ames, Iowa, never is easy. In fact, the Cyclones have been a burr under Kirk Ferentz?s saddle since he got the job in 1999. How bad has it been? Ferentz is just 7-9 vs. Iowa State. This has to drive Hawkeye fans nuts.

Toughest conference game: at Wisconsin, Oct. 3. The trip to Wisconsin always is rugged. The Hawkeyes have lost the last three games-and five of the last seven–vs. the Badgers, who are led by new coach Paul Chryst. Interestingly, this will be Iowa?s first trip to Madison since 2009, when it took a 20-10 decision, as the last three meetings have been in Iowa City because of scheduling quirks.

Easiest game: vs. North Texas, Sept 26. This should be relatively easy. The Eagles went 4-8 last year in a season that disappointed. And many questions loom in Denton, Texas.

Rugged stretch: There is no particularly daunting run of games. The toughest may be right out of the gate, with the opener vs. FCS power Illinois State, then a trip to Iowa State followed by a visit from Pitt-coached by former Michigan State defensive coordinator Pat Narduzzi.

Factoid: North Texas will come to Kinnick Stadium led by coach Dan McCarney, who knows the place well. He is an Iowa alum and was a Hawkeye assistant from 1979-89 under Hayden Fry and later was head coach at Iowa State from 1995-2006.

Best chance to be upset: vs. Illinois State, Sept. 5. Be careful in the season opener, Herky. Yes, Illinois State is ?just? an FCS program. But it also happens to be one of the nation?s ?best? FCS programs, coming off a trip to the national title game last season, behind former Indiana dual-threat quarterback Tre Roberson and ex-Purdue defensive coordinator Brock Spack. If the Hawkeyes find themselves in a dog fight in the fourth quarter, I wonder how they will respond.

Best chance to pull an upset: at Nebraska, Nov. 27. Iowa let Nebraska wiggle off the hook last season in Iowa City, blowing a 17-point lead and losing 37-34 in OT. Perhaps the Hawkeyes can return the favor this season when they visit Lincoln. It?s difficult to say how both teams will be playing at this juncture of the season. Maybe C.J. Beathard will be spearheading a high-flying offense for the Hawkeyes, and the defense will be vintage Iowa-tough, physical, bend-but-don?t-break. How will the Cornhuskers be playing as the season draws to a close under new coach Mike Riley?

Must win: vs. Maryland, Oct. 31. Iowa?s home schedule isn?t filled with a lot of heavy lifting. So, it must take care of business in Kinnick. And dispatching Maryland on Halloween is critical. The Hawkeyes blew an early 14-point lead and fell in College Park, 38-31, last season. Iowa must beat a re-tooling Maryland squad in Iowa City if it wants any hope of contending in the West.

Bye week: Iowa will play seven games before being off Oct. 24. The bye falls after a game at Northwestern and before a visit from Maryland. Could Iowa be 6-1 or 5-2 at the bye? Maybe.