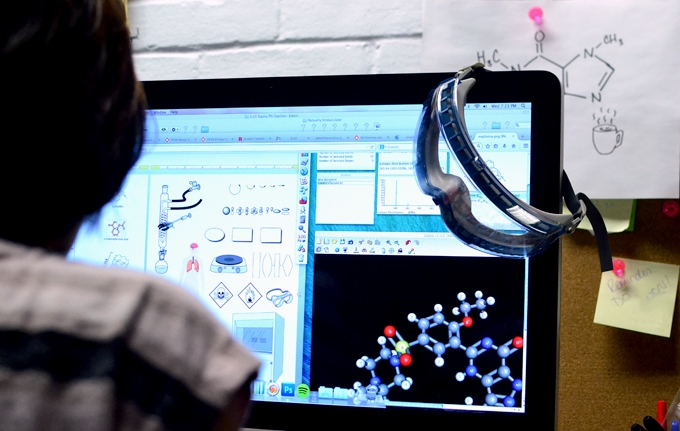 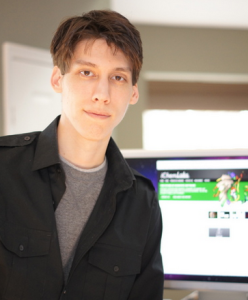 It?s a tall order: Come up with a platform that dramatically changes the manner in which students, professors and computers communicate; fuses chemistry and digital design so people visualize molecules in a whole new way; and is accessible anywhere, on any device.

Growing up in central New Jersey, Theisen always had a love for chemistry, but it wasn?t until his time at Rutgers that he had his ?Eureka? moment.  As an undergraduate chemistry major with computer know-how, he realized that by combining his interests he could re-invent the way he studied - and eventually, anyone else with a passion for chemistry could do the same.

?I started to write software that related to the things I was doing in my chemistry classes,? he said. ?After a while, I found that developing the software was actually quite rewarding, and soon I realized it was already smarter than I was.?

Theisen put his creation online in 2007, the same year the iPhone came on the market and consumers were discovering the utility of applications for indie projects of all kinds. As people around the world began downloading his product, he knew that he had created something worthwhile. And after graduating from the University of California-Berkeley in 2009 with a masters in chemistry, he realized that his program had grown so popular that it was time for him to run iChemLabs full-time.

The company manages some complex solutions, but at its essence, iChemLabs produces platforms that allow seamless communications about all things chemistry between users. ChemDoodle, the company?s flagship application, enables the user to draw and render complex chemical structures that can be shared and studied among scientists, students and professors in an instant.

?In chemistry, what we deal with most often are molecules,? Theisen explained. ?We need to be able to describe them to each other. We need to have somebody across the world understand what we?re working on.?

Now, eight years after its launch, the software produced by iChemLabs is supported by all operating systems, Web browsers and mobile devices. And for those chemistry-minded undergrads out there heating up a package of Ramen, it?s also affordable. Making software like ChemDoodle available to students is a priority for Theisen - he wants the next generation of chemists to have no problems accessing the tools they need.

?When I was a student, the software available at the time would have cost me $4,000,? he said. ?Not only is this software innovative, but it?s also accessible - students now have an option available for $19.?

[btn-post-package]As iChemLabs continues to serve academia by allowing students to tweak complex chemical structures on their smartphones and tablets, its influence on the scientific community at-large continues to impress. For instance, the Harvard Clean Energy Project recently announced its partnership with the company to better advance solar-panel technology and ultimately expand renewable energy options for everyone.

Theisen continues to work closely with his alma mater - the place where it all started - in order to do his part to support the next generation of innovators and inventors. Not only do Rutgers students have free access to the software, but iChemLabs works with the university on all levels to better integrate technology into classrooms and labs.

?If we can find more ways to integrate people?s interest with chemistry just as I integrated my interest in computer science, we can start to see a whole lot of new solutions and opportunities open up for all the sciences,? he said.

To the next generation of innovators, Theisen has the following advice.

?[iChemLabs] wasn?t the first thing that I tried to do,? he said. ?If you?re getting discouraged, or finding that some opportunities aren?t panning out, keep on trying. Keep working on your interests because eventually you?ll find that niche you?ve been looking for.?