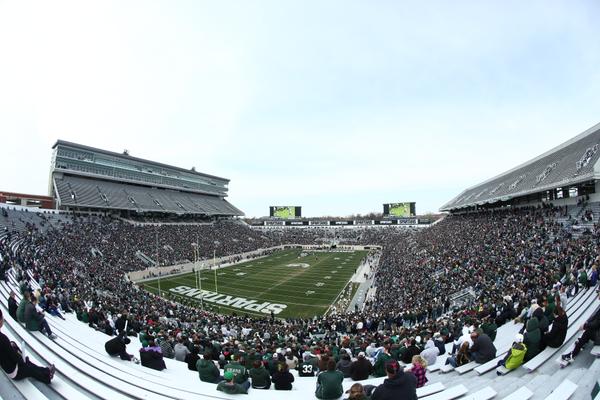 Coming off a season that saw Ohio State take home the national championship, the highlight of a successful 2014 bowl season, the Big Ten is showing no signs of slowing down this spring.

Editor's note: This post was published before Tennessee's spring game attendance was announced but has since been updated.

Michigan, in Jim Harbaugh's debut, welcomed 60,000 fans, good enough for No. 7, while the Spartans' crowd comes up just behind the rival Wolverines.

The other three teams to appear in the top eight are Alabama, Tennessee and Auburn, all from the SEC.

Awesome turnout for the annual Spring Game! 48,000 in attendance at Spartan Stadium. pic.twitter.com/GRvOhB6M0n

Here is a look at the current spring crowd rankings.