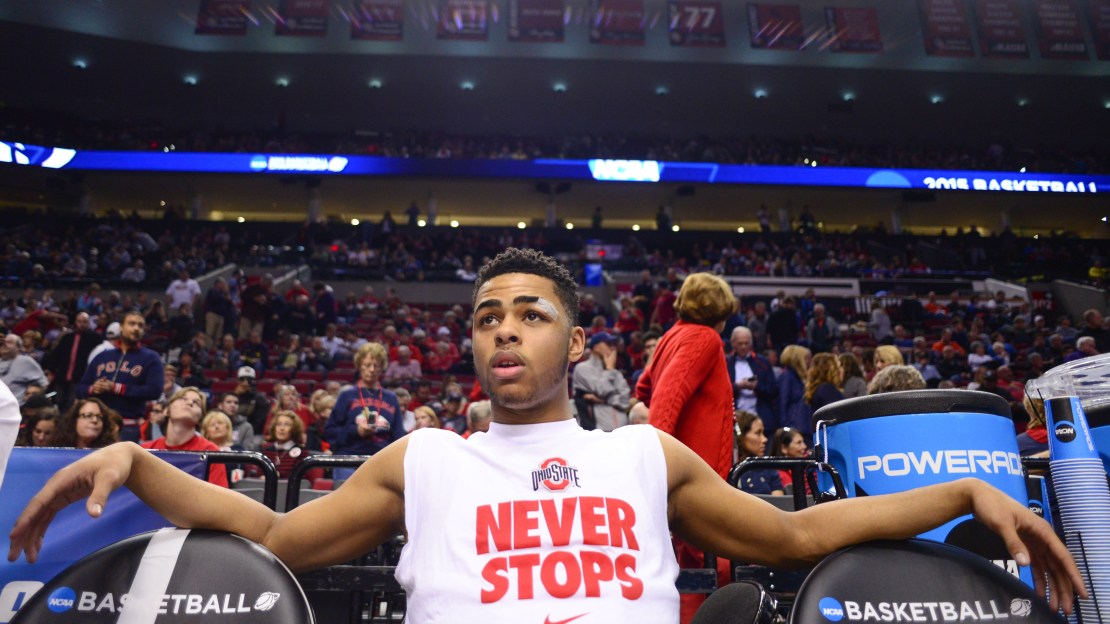 Ohio State freshman star D'Angelo Russell is turning pro. No surprise, as Russell is widely projected as a lottery pick.

Russell was a sensation in 2014-15, living up to his billing as the top incoming player in the Big Ten en route to earning Freshman All-American and consensus first-team All-Big Ten honors.

Thad Matta will have to build around sophomores Jae'Sean Tate, Kam Williams and Keita Bates-Diop, along with junior Marc Loving, coming off a 24-11 season (11-7 Big Ten) that saw the Buckeyes win a game in the NCAA tourney. OSU has gone to the Big Dance in each of the last six years.

A raft of promising newcomers-the best in the Big Ten–also will bolster the OSU roster, including 6-11 Virginia Tech transfer Trevor Thompson. And one of the Big Ten's most-touted collections of freshmen-five of them–also will arrive in Columbus headed by guards Austin Grandstaff and JaQuan Lyle, a former Oregon commit who is the most hyped of them all.