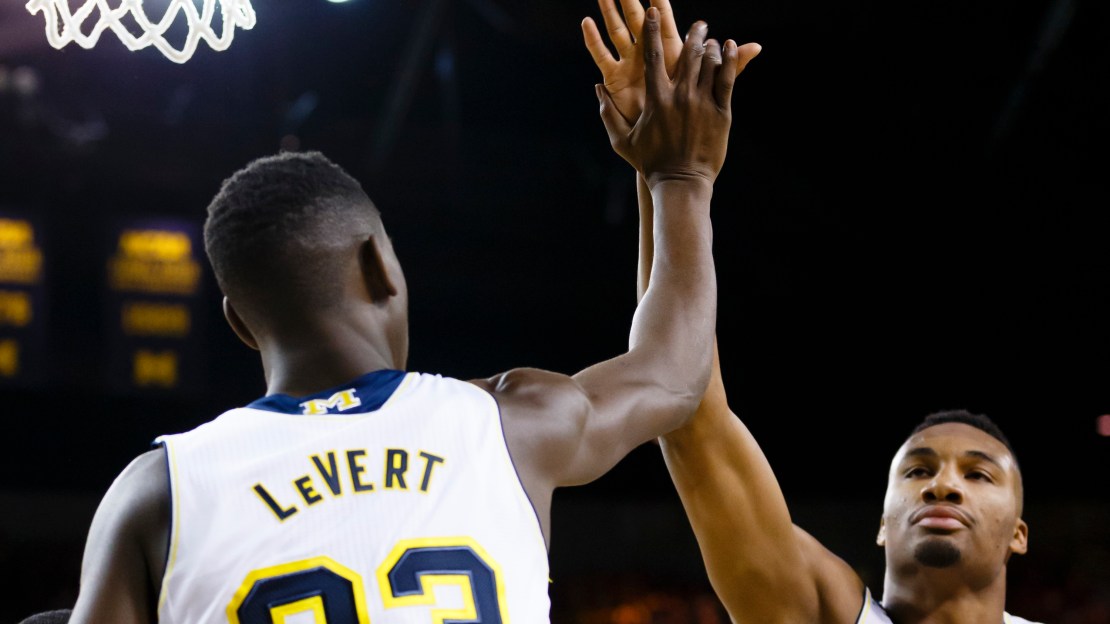 Another Big Ten star has announced he will put off the NBA draft and return to school.

"Over the past few months, I have spent a lot of time thinking about my future," LeVert said in a team release. "My family and I, along with the coaching staff gathered as much information as possible. After considering my options, I am excited to announce I will return for my senior year. Coming back allows me to keep working towards my Michigan degree and take the next steps in my development as a player, teammate and a leader of our program. Michigan is a very special place and the college experience only comes once. The future is bright and I am blessed to be part of it."

Thanks so much for the support wolverine nation! Extremely blessed to be in this position! #UNFINISHEDBUSINESS

"We love coaching Caris and are excited he has decided to come back for his final season," John Beilein said . "His injury last season was unfortunate, but he never wavered in his commitment as a leader, a student or with his rehabilitation. Caris is a special person both on and off the court and we are proud of what he has accomplished. The best is yet to come for a young man like Caris LeVert."

LeVert's return gives Michigan no shortage of guards, this after Aubrey Dawkins and Muhammad-Ali Abdur-Rahkman made significant strides in the star's absence, to go along with Spike Albrecht, Zak Irvin and Derrick Walton Jr., who suffered a season-ending injury in late January.

LeVert has started 56 of 88 career games at Michigan. He helped Michigan reach the 2013 NCAA national title game and the outright Big Ten title, first No. 1 seed at the Big Ten Tournament and second straight trip to the NCAA Elite Eight in 2014.

.@NStauskas11, can we get a reaction on the return of @CarisLeVert?

.....You're speechless, we get it. pic.twitter.com/vWEHHdOc3X