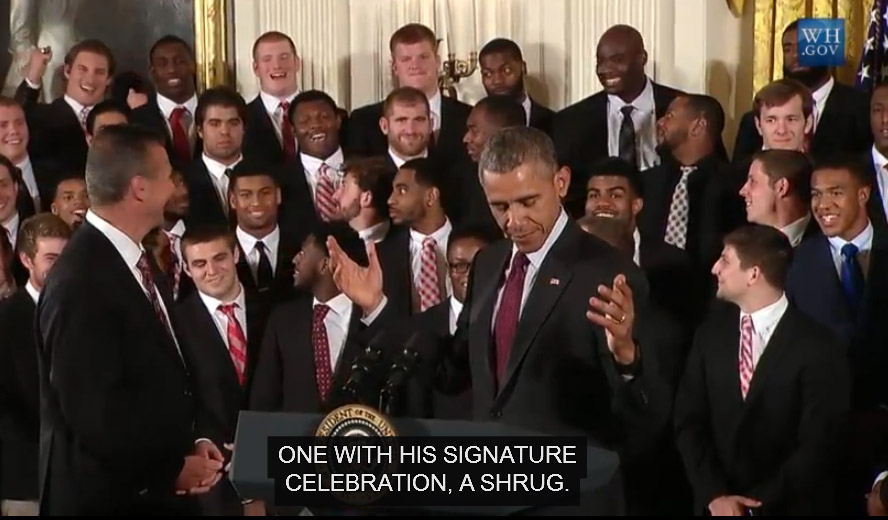 That's Bosa's sack celebration, for those who don't know, and we saw a lot of it during Ohio State's national championship season.

The celebration is so well known, President Barack Obama flashed it back to the 2014 Defensive Player of the Year during Ohio State's championship visit to the White House on Monday afternoon.

"I use that move sometimes," Obama said.

The best part of this is Obama actually doing Bosa's celebration. But Bosa's reaction to it (top left of the photo above) is a very close second.

Watch Obama honor the Buckeyes, the champions of the first College Football Playoff, starting at the 24-minute mark in the video below. (The Bosa part is at 32:40)