A look at A.J. Hammons' return and its impact on Purdue, Big Ten 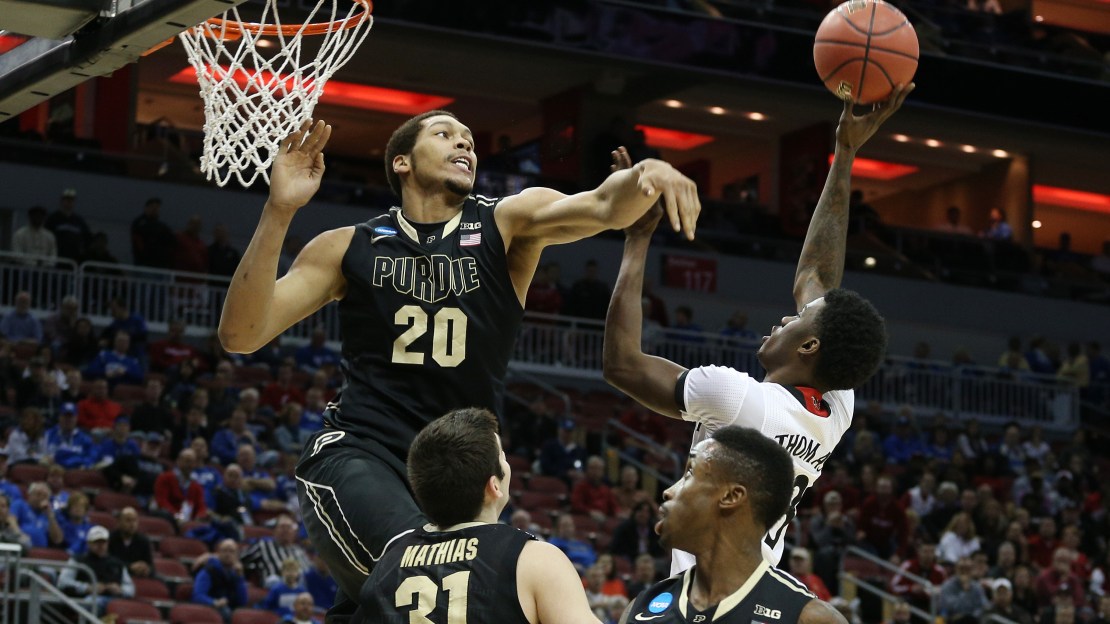 ICYMI... A.J. Hammons announces he is returning for his senior season. #BoilerUp http://t.co/RQ0lWz9YVU

Purdue received a big boost on Saturday when A.J. Hammons announced he was returning for his senior season.

Hammons is coming off a breakout junior season in which he averaged a team-high 11.9 points and 6.6 rebounds en route to earning second-team All-Big Ten honors. He also paced the conference in blocks for a third season in a row to earn a spot on the league's All-Defensive Team.

"Earning my degree is one of the most important goals that I have for myself, and returning to Purdue next year will enable me to reach that," Hammons said in a news release after seeking feedback from the NBA's Undergratuate Advisory Committee for a second year in succession. "In addition, I feel that our team has a lot of unfinished business to reach next season and I want to be a part of something special. Purdue is an outstanding school with great people and the chance to compete for a Big Ten Championship and more is something I want to experience again with my teammates.

"After getting the reports from the NBA evaluation process, I know what I need to improve on to carry my game to the next level. This is the best place for me to develop as both a player and as a person."

With the 7-footer back in the fold, Purdue figures to be among the Big Ten elite next season coming off a 22-13 mark and tie for third in the league (12-6) that ended with an opening loss to Cincinnati in the NCAA tourney.

Maryland figures to be the pick of most to win the Big Ten next season, with Michigan State, Michigan and Indiana also looking formidable.

Matt Painter's 2015-16 team will be loaded. In addition to the return of Hammons, the Boilermakers also will welcome back the likes of senior Rapheal Davis, junior Kendall Stephens and sophomores Vince Edwards, Isaac Haas and Dakota Mathias. Purdue also will welcome one of the nation's top shooters in freshman Ryan Cline.

However, Painter will miss Jon Octeus, a fifth-year transfer from Colorado State who was vital to Purdue returning to the NCAA tourney last season for the first time since 2012. Who will fill Octeus' slot at point guard? Bryson Scott has transferred, leaving sophomore P.J. Thompson. Is he really a Big Ten-caliber starting point man?