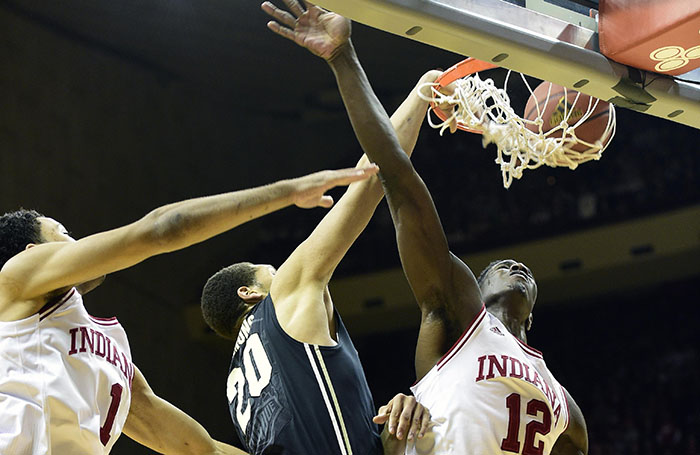 ICYMI... A.J. Hammons announces he is returning for his senior season. #BoilerUp http://t.co/RQ0lWz9YVU

(AP) Purdue center A.J. Hammons says he will return for his senior season, after helping the Boilermakers return to the NCAA Tournament for the first time since 2012.

The 7-foot Indiana native made the announcement at halftime of Saturday's spring football game.

Hammons was considering a move to the NBA. He also contemplated leaving after his sophomore season, but wound up having the most complete season of his career. He led the Boilermakers in scoring and rebounding, averaging 11.6 points and 6.6 rebounds.

He also shot a team-best 54 percent from the field, helping Purdue to a 21-13 record.

[ MORE: Dienhart: A look at the impact of A.J. Hammons' decision ]