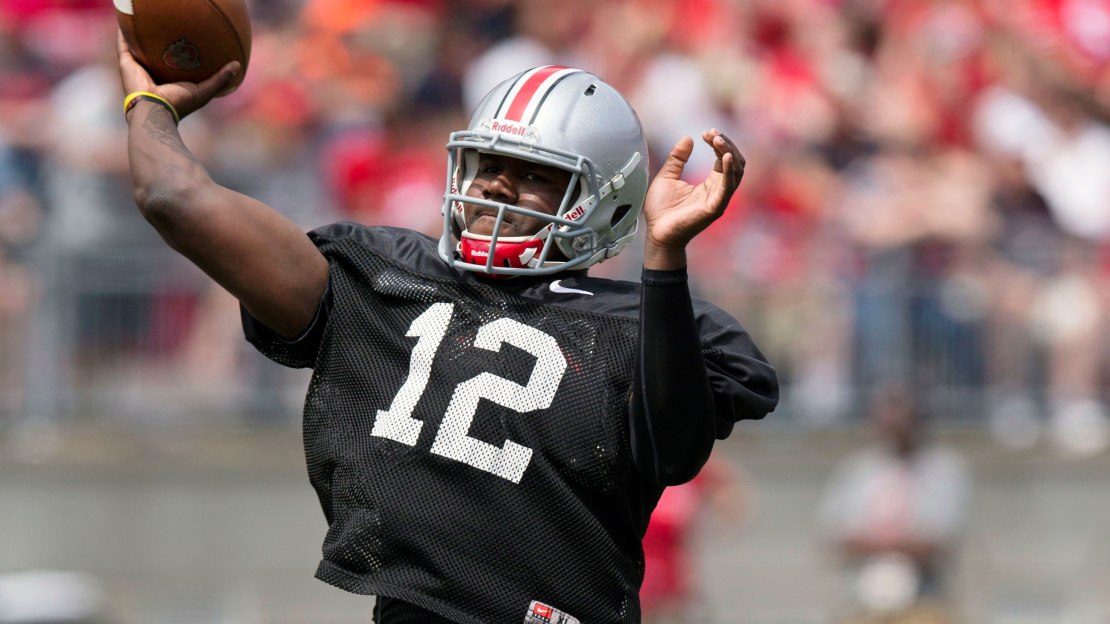 There is a reason Ohio State coaches, players and fans refer to quarterback Cardale Jones as "12 Gauge."

Jones has one of the strongest arms in college football, and he showed off that golden arm Saturday afternoon during the halftime activities of the Ohio State Scarlet-Gray Spring Football Game.

Barrett threw it 59 yards, followed by Smith, who tossed a 68-yard pass. But it was Jones who stole the show, launching an eye-popping 74-yard throw en route to winning the event.

Check it out in the video above.

We also had the opportunity to take in the contest on Twitter's new live video streaming app, Periscope.

This is fun! Who's ready for the 2015 college football season?