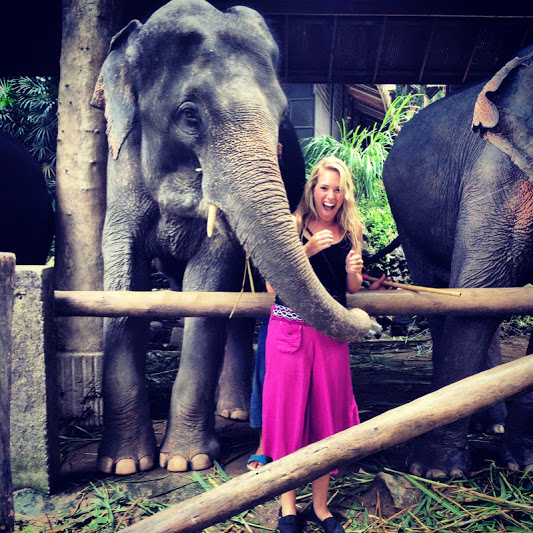 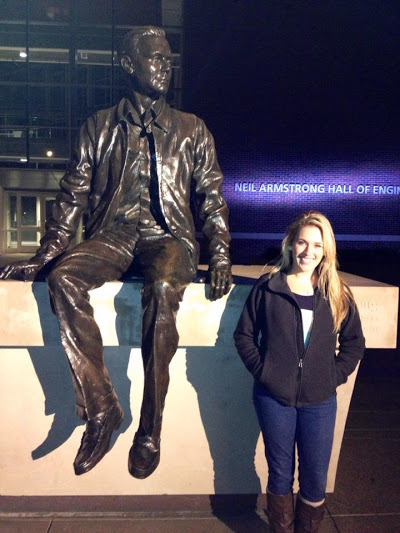 Many college students spend their freshman year thinking mostly about what classes to take, which fraternity party to attend and the shortest route from their dorm room to the humanities building.

As a freshman, Purdue University's Sutton Roach was focused on how to change the world for the better. And she didn't waste any time making it happen.

Roach started Generation: Justice, the university's chapter of the Washington, D.C.-based International Justice Mission (IJM), during her first year in West Lafayette. The group's aim is to shed light on - and eventually put an end to - human trafficking throughout the world.

"It's a very quiet issue, and a lot of people don't think it's happening here," she said. "But it's rampant."

Now a junior, Roach's commitment to the cause came before she ever set foot on campus. During high school, she visited friends who were teaching in Thailand, and while there she saw the effects of human trafficking and slavery firsthand on children just a few years old.

"That trip completely changed my life," she said. "Kids were literally kept in cages and sold for sex ? horrific experiences I couldn't even wrap my mind around. It completely rocked my world. Coming to Purdue, I knew I had to do something."

Thus came her affiliation with IJM and the start of the Purdue chapter, which is about 40 members strong. They meet once a week to discuss strategy for campus and community awareness.

Last year, they created a curriculum for 5th- and 6th-grade students that educates them about human dignity and how to avoid becoming a victim of trafficking.

"It's been incredibly rewarding to see our efforts have gone beyond campus and reached the younger generation," Roach said. "We really have rallied a generation of people."

The group just finished participation in Justice Week, a nationwide series of events aimed at raising awareness on campuses all over the country. It included Stand For Freedom Day, in which Roach and other group members stood on their feet for 24 hours straight in order to bring attention to their cause.

For that occasion, they braved the various elements of a Midwestern early spring day, which went from "80 degrees and a sunburn" to a tornado warning to snowflakes in the evening.

"It was really difficult, but very rewarding," she said. "Our goal was not only to raise awareness and make a statement, but we had a petition for the End Modern Slavery Initiative Act."

Standing on your feet is a grueling task, no matter how important the cause. But Roach and her fellow chapter members did it with pride.

"You reach a point at about 4 in the morning when you just want to give up," she said. "People were sleeping standing up in the corner. But they made it."

What did Roach do when she was done?

And in the end, they collected 1,500 signatures for that petition, more than any other college in the country. But Roach didn't rest on that success for long. In fact, that very night she was on the road to Chicago to meet with other Stand For Freedom participants.

"We celebrated the end of the Stand by standing some more. It probably wasn't the best decision," she said with a laugh.

The group also helped spread the word about human trafficking around the Final Four, which was held in Indianapolis this year. Along with the Super Bowl, the college basketball championship is one of the worst times for human trafficking every year, as prostitution rings target the host cities.

[btn-post-package]"Even here in Lafayette, there are multiple trafficking cases," Roach said. "We went to hotels along I-65, asking them if they had heard of it and if they had an action plan. Of the 21 hotels we talked to, there was only one hotel that actually had an action plan. And it was only because it had happened there before and they were working with police because of it."

She said that's why raising awareness is so important, even in our country.

"It most definitely exists here. A lot of people don't realize the United States has the same amount of trafficking as third-world countries."

Roach hopes to increase awareness even more as she takes over as president of the IJM national student leadership team. She said one of her goals will be to connect with campus chapters and work with IJM to brainstorm new ideas.

"It's great to not only be the face for the student movement, but to lead the Purdue chapter as one of the best in the nation," she said. "I want to lead other students across the nation."

She said the prospect of speaking to large groups of students about a cause this important is a dream come true for her.

"I love public speaking," Roach said. "It's really my passion. I would love to advocate for the cause until we put an end to it."