Jerry Kill Q&A: 'We got fundamentally better in a lot of areas' 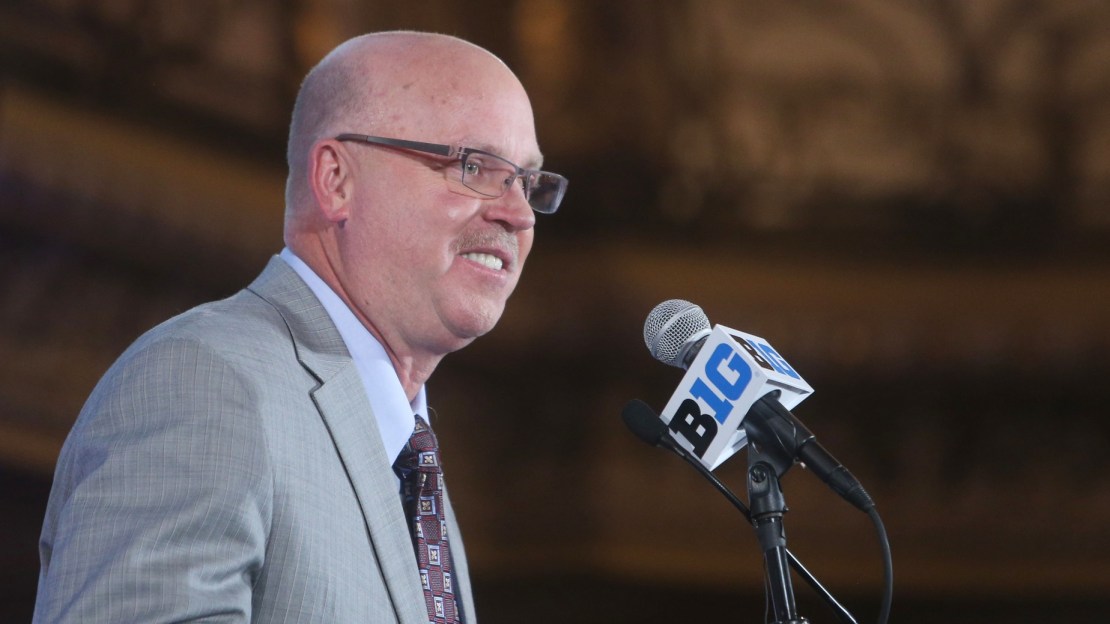 With each passing year, Jerry Kill keeps taking Minnesota to new levels. It has been quite amazing, really.

From a 3-9 debut in 2011 to a trip to the program?s first New Year?s Day bowl since the 1961 season, it has been a fun ride in Dinkytown. And Kill looks to keep pushing the Golden Gophers up the hill in the Big Ten coming off an 8-5 mark (5-3 Big Ten). Don?t bet against him or his astute staff.

Minnesota finished second in the Big Ten West last season before losing to SEC East champ Missouri in the Citrus Bowl. The Gophers could make a push to the top of the division in 2015 if they can continue to evolve on offense-specifically, improve an often listless passing game. And the defense must continue to excel. Has there been a better kept secret in the Big Ten than how good Minnesota plays on D? Nope.

I caught up with a happy and healthy Kill this week to get his thoughts on his Golden Gophers heading into the offseason.

Q: What were you pleased with from spring drills?
A: We are trying to gain depth. We evaluate our personnel for 15 days. We had some guys we needed to step up and do some good things. We identified some guys who can help us depth-wise. We also felt like we got fundamentally better in a lot of areas. We spent a lot of time on technique. And you always experiment with a few things. You can?t experiment on Aug. 1. If you are going to experiment, you have to do it in the spring.

Q: Who were some of the players who stepped up?
A: We needed to get our junior-college kids going. Ace Rogers is a guy from Iowa Western, a big safety, good-looking dude, we needed him to get a lot of reps this spring. He got that. We need him to build depth in our secondary. We didn?t play our starting secondary in the spring game because I think they are as good as anybody. We played Craig James a bunch, a freshman. Jalen Myrick played a bunch for us last year and is a very good athlete. He did well. (Adekunle) Ayinde at safety who kind of came out of nowhere, a walk-on from Blaine who kept getting better. And a guy who I think will have a breakout year next season is Hank Ekpe, Scott?s brother. Hank had an unbelievable spring. We knew he had the talent but turned the light bulb on, like David Cobb (did a few years ago). I think he?ll be the guy who runs 4.6 who reminds me a lot of the two kids we played at Missouri (defensive ends Shane Ray and Markus Golden), just a little bit bigger. He really stood out.

Q: You installed a no-huddle offense. How often will you use it?
A: I don?t know. We will talk about it as we go along. We won?t change our overall identity no matter what we do. Two things it does, from a defensive standpoint, we are playing against it all the time. No. 2, there will be situations when you have to play catch-up. If you can have a change-of-pace, it?s a good thing. You see the New England Patriots go to it. I like what we did with the no-huddle this spring. If we can get away from wristbands and do some things signaling-wise, you can make better adjustments during the game. The no-huddle will give us some flexibility.

Q: Did you talk to anyone in particular about the no-huddle?
A: A lot of people. I visited with (Ole Miss coach) Hugh Freeze, and we shared some ideas. I talked to him the most. He?d be the main guy. I visited with Matt Campbell at Toledo. He?s a star on the rise. They do a great job with the no-huddle; our staff visited with them. Spent time with Coach (Dennis) Franchione at Texas State, I played for him. So, it was quite a few people. On defense, we had 21 things we felt were a pain in our butt and we identified them and want to fix them. If you don?t study and keep up with what you did good and didn?t do good, you won?t last long. We are very critical of what we do from a coaching standpoint and try to get those problems solved. Everyone does that.

Q: How did Mitch Leidner look?
A: I feel good about it. His knowledge continues to increase. Throwing the ball isn?t about just one person. It?s about 11 people. We have to do a better job protecting, running routes and catching and Mitch needs to deliver it. Mitch had a good spring. We hired Adam Weber as a G.A. He used to play here and was good. He?s a young guy. That has helped. Jim Zebrowski is a good quarterback coach. But having a kid who didn?t play that long is good, too. Anytime you can get another guy who played quarterback as part of your staff, it?s a good thing.

Q: Who is your next David Cobb?
A: Rodrick Williams had a tremendous spring. On the first drive of the spring game, we handed it to him four or five times and went right down the field and scored. He has leaned up and looks great. David (Cobb) set the bar to where our other guys got excited. We have some thunder and lightning with Berkley Edwards. Rodney Smith is a kid we recruited from Georgia and redshirted. And we have three guys coming in. I have been impressed with our backs. That?s the least of our problems. Our backs played well in the spring and pass protected well.