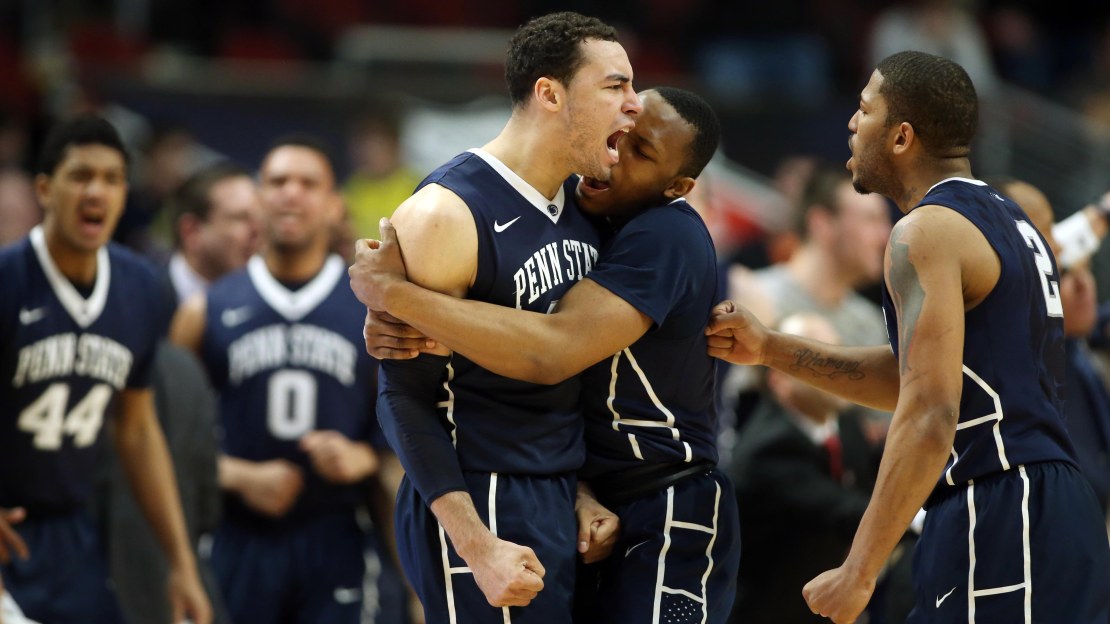 Ross Travis has officially entered his name in the 2015 draft ? the NFL draft that is. pic.twitter.com/8tq3vj5tL2

Tony Gonzalez, Antonio Gates and Jimmy Graham, among others, have made the transition from the college hardwood to the NFL gridiron.

According to a Penn State spokesperson, Travis, who hasn't played football since his freshman year of high school, has worked out for several teams. Also, for the curious minds, he is 10 in the picture posted above.

Travis is a good athlete, something he showed plenty of times the last four years. For example, on this play.