Spike Albrecht undergoes hip surgery, to be out 4-to-5 months 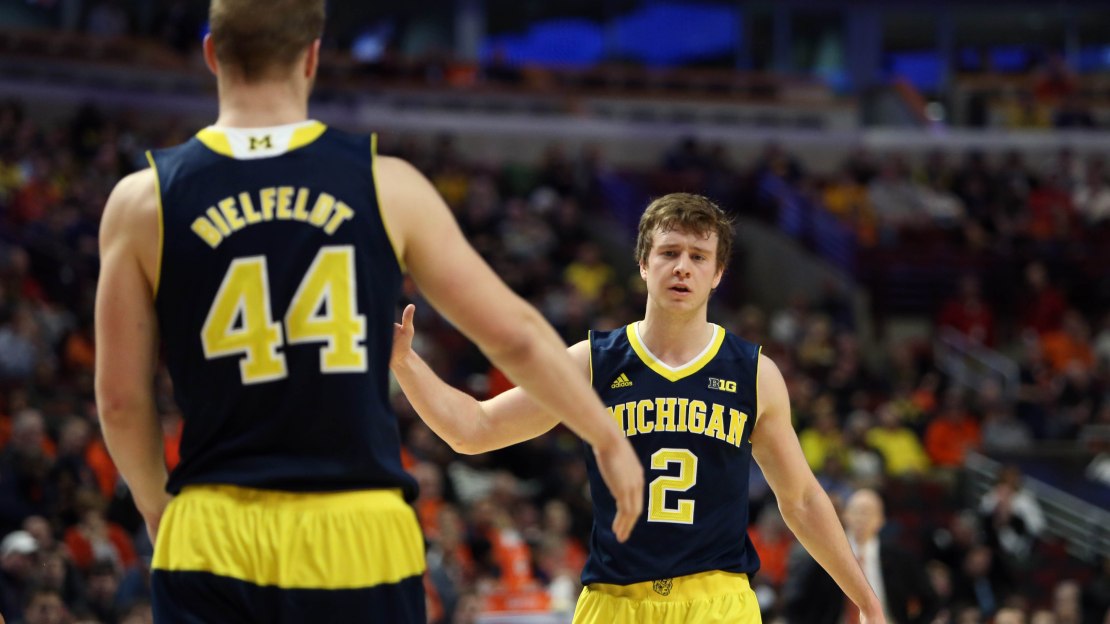 John Beilein announced Wednesday that junior guard Spike Albrecht has undergone right hip surgery, and the recovery will require four-to-five months of rehabilitation. Albrecht may consider a similar procedure on his left hip later in the offseason.

"There is no player tougher than Spike Albrecht," Beilein said. "He proved that this season playing through injury and continual pain in both hips. He never used it as an excuse and I will always admire him for that. We have some of the world's best doctors at the University of Michigan and we are confident he will only get better following this surgery and his summer of rehabilitation. I am not expecting Spike to dunk anytime soon, but we do expect a full recovery by the start of our September workouts. We just want Spike to be at his best for his senior year at Michigan."

"This is something I knew I would have to do and now is the right time," Albrecht said. "I am so appreciative of all the support I have received from the U-M medical doctors and staff, the U-M coaching staff, my teammates and especially all the Wolverine fans. I cannot wait to get back to the floor playing pain free."

Spike is resting up after surgery. Thanks for your well-wishes, Wolverine fans! pic.twitter.com/MijscbsTfR

A note on Albrecht: Dude played 34.7 mpg in Big Ten play ... after having a cortisone shot in his hip during holiday break.

Spike Albrecht playing 35 min per game against Big Ten teams on two jacked hips is quite a deal.