Report: Conference title game restrictions to be relaxed by 2016 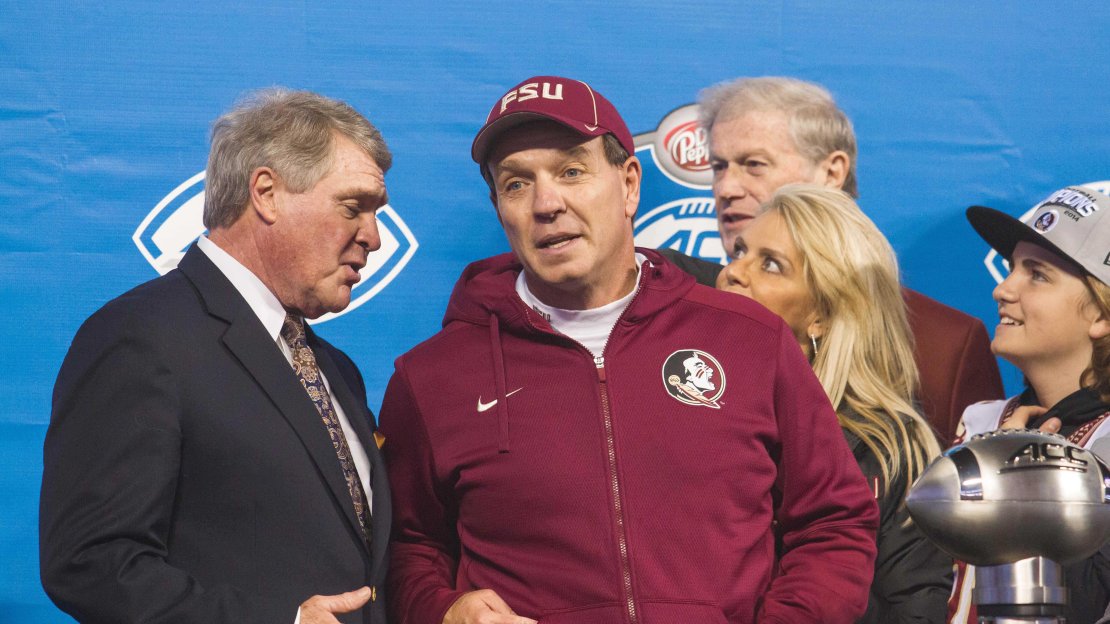 CBSSports.com is reporting that football conference title games will be deregulated in 2016. And, that?s OK.

NCAA rules say a league must have at least 12 schools, and teams must play every other team in their division, if a conference wants to play a title game. The ACC, Big Ten, SEC and Pac 12 all have such a configuration, with two division winners meeting for the title. The Big 12 is the lone ?major? league that lacks a conference title game, as it has only 10 schools.

Now, the Big 12 and ACC want to change the rules-for different reasons, according to the report.

The Big 12 wants the option of holding a conference championship game-even with just 10 schools and no divisions.

And it?s speculated that the ACC would like to switch from two to three divisions and have its two highest-ranked teams meet in the championship game.

This would be fine in both cases. No big whoop.

In the ACC?s case, it really doesn?t matter how a league decides who will play in its championship game. Go ahead a take your two highest-ranked teams and have them square off. The ACC?s hope: A ?better? title game may bolster the league?s ability to get a playoff team.

What?s important is to HAVE a championship game. And, in the Big 12?s case, it hasn?t had one since falling from 12 teams after the 2010 season. The lack of a conference title game may have played in a role in Baylor or TCU not making last year?s playoff.