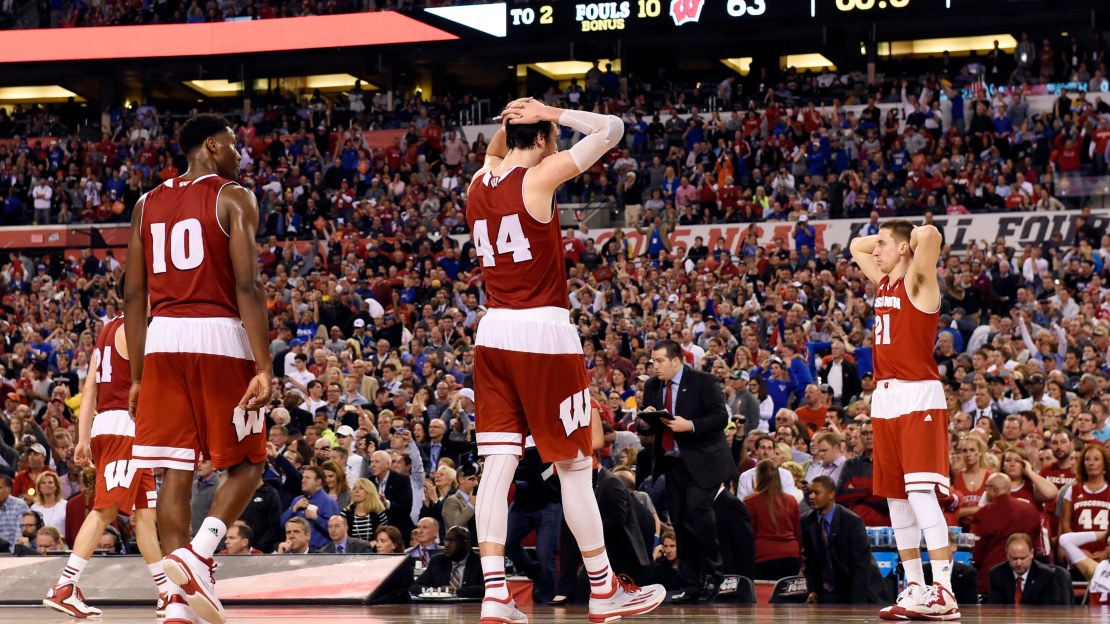 With the win, the Blue Devils claimed their fifth national title and denied the Badgers their second.

The star: Frank Kaminsky did his part on this night, scoring a team-high 21 points and adding 12 rebounds, two assists, a block and a steal on his way to becoming the first player to tally two double-doubles in the Final Four since Carmelo Anthony (2003). He also got Duke prized freshman Jahlil Okafor into foul trouble.

The stat: 21, 3-point attempts for Wisconsin. The Badgers hit 7 for a 33.3 percent rate. This is a 3-point shooting team, but that's way too many shots from long range, especially when Duke big man Jahlil Okafor was in foul trouble most of the night. Grayson Allen picked up the slack for Okafor with 16 points off the bench.

The key to victory: Time and again, Duke got to the free-throw line, sinking 16-of-20 from the charity stripe. Tyus Jones was 7-of-7; Grayson Allen was 5-of-5. Conversely, Wisconsin was 6-of-10 from the line.

The quote: This one from Bo Ryan was spot-on.

"What he did in his years at Wisconsin will be remembered for a long time." - Bo Ryan, on Frank Kaminsky pic.twitter.com/Y9FLMRadPA

It was over when: After trailing 48-39 with 13:26 remaining, Duke rallied and took the lead, 56-54, on a Grayson Allen layup; the Badgers responded to tie the score, but Tyus Jones came right back with a big triple. Duke never trailed again.

Did you know? The 31-31 halftime score marked the first tie at the intermission of the title game since 1988.

What?s next: A great season for Wisconsin ends in disappointment. The Badgers finished 36-4, becoming the sixth Big Ten team to play for the national title (and lose) since Michigan State won it all in 2000. Bo Ryan has built an elite program that will be in contention each season. But Wisconsin figures to take a step back next season with seniors Frank Kaminsky, Josh Gasser, Traevon Jackson and Duje Dukan gone. And junior Sam Dekker could turn pro, too. The Badgers will have good building blocks in Bronson Koenig and Nigel Hayes.

"Don't cry because it's over, smile because it happened." - Dr. Seuss.

Thank you for everything, seniors. #Badgers pic.twitter.com/hl09LwEano