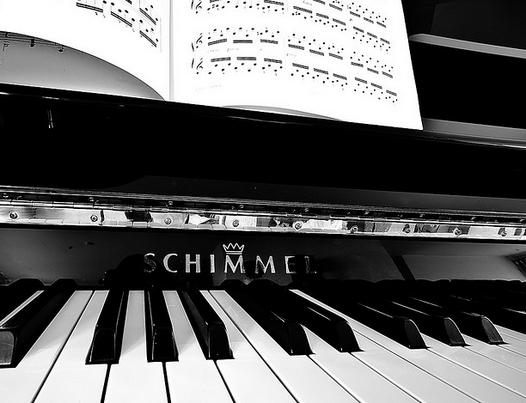 One of the most heartbreaking things parents can experience is when one of their children goes through terrible physical pain and they can?t do anything about it. But a father-daughter research team with strong Northwestern ties may have found the key (and rhythm, and notes) to alleviating pain in young patients after they go through medical procedures. 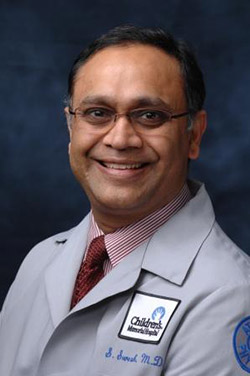 Santhanam Suresh, the Arthur C. King Professor of Anesthesiology at Northwestern and the chair of pediatric anesthesiology at Ann & Robert Lurie Children?s Hospital in Chicago, joined forces with his daughter Sunitha, who majored in biomedical engineering at the McCormick School of Engineering and Applied Science and is now a fourth-year medical student at Johns Hopkins Medical School.

Together, they?ve been exploring whether listening to music selected by pediatric patients can soothe their post-operative pain to a significant degree. Working over time with children ages 9-14 (and thus old enough to give substantive responses to testing), they?ve concluded that the music and audio books those patients picked out themselves did in fact reduce the amount of pain medication they took following operations.

The goal of such research is to reduce opioid analgesics, the medication most commonly used to deal with post-surgical pain. Such analgesics can cause breathing problems in children, and if music can serve to reduce the pain, it will lessen the need and the desire to administer those medications to a degree.

?We know that music has some effect on pain, but we never attempted to use specific music that children or adults like,? Santhanam said. ?We used to try to pipe in some music, like perhaps something classical, thinking it would help.?

In the research, which was prompted by Sunitha?s minor in music and interest in working with children, the test subjects were simply asked what kind of songs they would like to listen to after their operations. (Contemporary pop music was the overwhelmingly favored genre, Sunitha said.) They were also given a choice of listening to audio books, which some of them selected.

Additionally, there was a comparative group of patients who were given sound-deafening headphones and listened to complete silence after the operations. The test period was 30 minutes at a time, although the doctor and his daughter were able to administer the music more than once a day.

?We measured the pain burden decrease by obtaining pain scores before and after the intervention,? Sunitha said. ?We found there was a 1-point decrease in pain burden with audio therapy, including both audiobooks and music. This is comparable (to the effects) of over-the-counter pain medication such as Tylenol.?

?I did not think the audio books would have the same effect,? Santhanam said. ?The only thing previously published in this field was about music.?

It?s perhaps unsurprising that music (or a similar stimulus) would help take a patient?s mind off the pain. However, the study revealed some less obvious ways in which songs and stories mitigate discomfort.

[btn-post-package]?It is true that it takes your mind off the pain so that you stop focusing on pain and start focusing on the stimulus,? Santhanam said. ?But pain has several components. One is the sensor point, where if I pinch you, you feel pain. But a secondary portion is your handling of pain. This is the portion that goes to the part of your brain that deals with the perception of pain.

?Sometimes, the anxiety of pain is greater in some patients than the sensory portion of pain,? he added, noting that the attractive stimulus of music or the spoken word can alleviate anxiety and channel the brain away from pain anticipation.

Santhanam said the research can be extended to see just how such therapy would work with outpatient surgeries.

?What we want to do is explore the outpatient population,? he said. ?Eventually, we want to send the patients home with music and see if this would help them reduce the amount of pain medication they use at home.?

It probably won?t be tough to get them on board with that. The initial experiments went so well that parents of the patients began bringing in more music and recordings to administer to their children when the doctor and his daughter were not conducting their experiments.

?In many ways, the parents felt this was an incredible help to them during the recovery process,? Santhanam said.