Big Ten time machine: Let's look back at the Year 2000 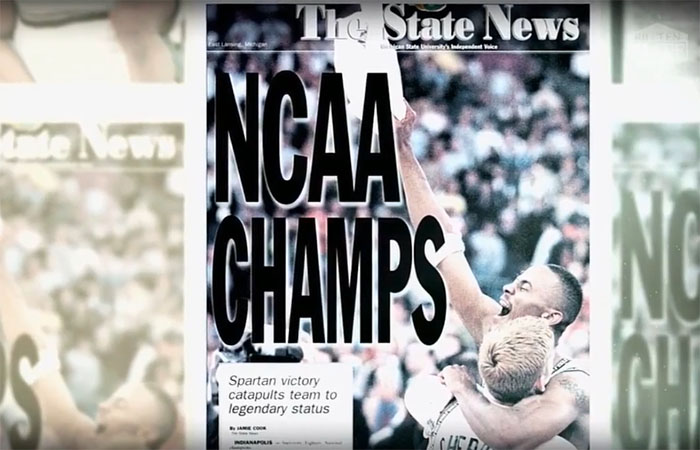 Fourteen seasons have passed since the Big Ten has won a national championship in basketball. Really. Look it up. You have to go back to the 1999-2000 season, when Mateen Cleaves and the famed ?Flintstones? led Michigan State to the championship with a win over Florida.

How long ago was that title by Tom Izzo?s team back in 2000? The championship game was played in the now-razed RCA Dome in Indianapolis. Tonight?s game will also be played in Indy but in Lucas Oil Stadium. Liken the the RCA Dome, The Indianapolis Hoosier Dome is now a memory.

If that doesn?t make you feel old, maybe these recollections of 2000-which dawned with the world braced for catastrophic events to be triggered by the Y2K Bug–will.

So, sit back, connect to the Internet with your AOL account (send an I.M., if you want) and take a trip to the Year 2000-no flying saucer is required.

So, here's a quick snapshot of how times have changed since 2000: