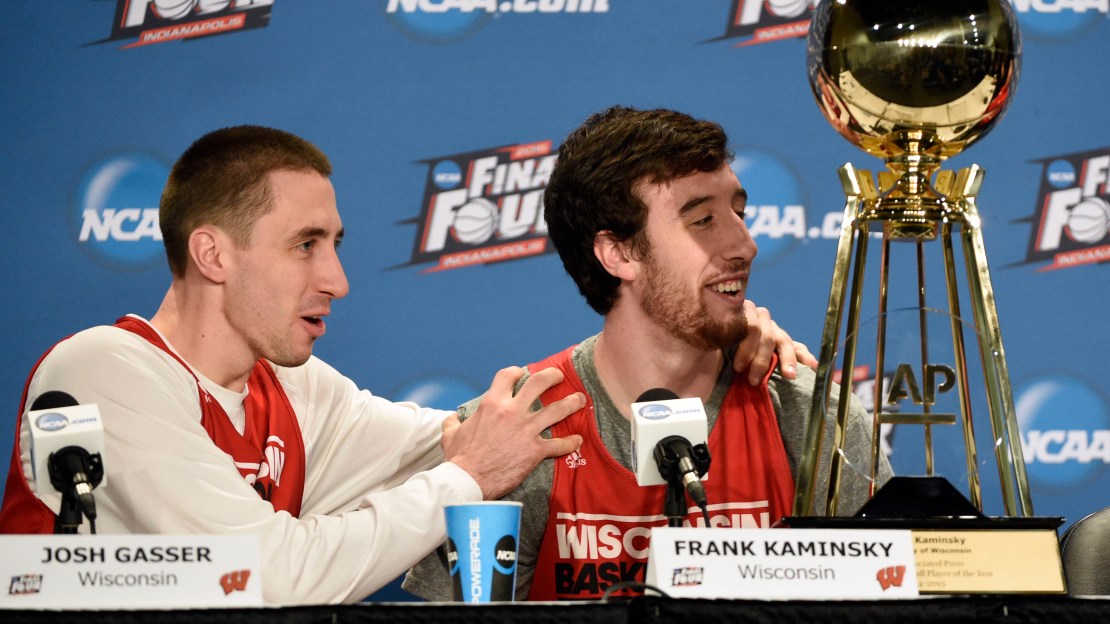 On Friday, Frank Kaminsky, the 7-footer who anchored Wisconsin's run to a second straight Final Four, was the runaway choice as The Associated Press' player of the year. Kaminsky and his team also practiced at Lucas Oil Stadium, and we've posted some of the best photos from USA Today.

This season, Kaminsky averaged 18.7 points and 8.0 rebounds while shooting 54.9 percent from the field and 41.5 percent from 3-point range as the Badgers ran up a 35-3 record and won the Big Ten regular season and tournament titles. Read more  here.

Want more galleries? We got 'em.