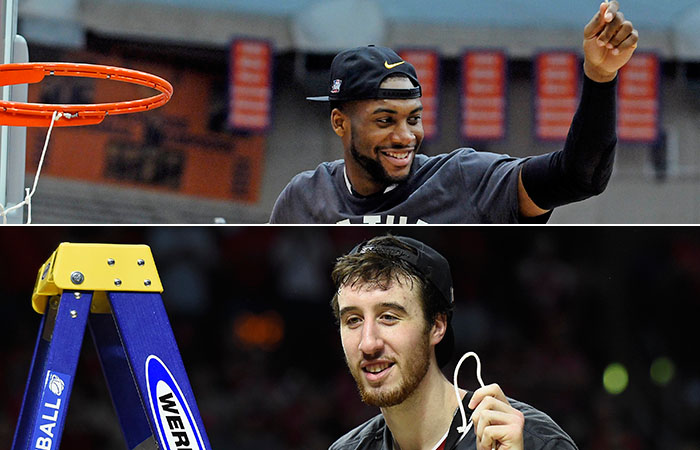 For the eighth time-and the first since 2005–the Big Ten has two Final Four teams.

No. 1 Wisconsin will take on No. 1 Kentucky in one national semifinal game on Saturday, while No. 1 Duke will play No. 7 Michigan State in the other.

Could we see an all-Big Ten final on Monday night in Indianapolis? That hasn?t happened since 1976, when Indiana capped its perfect season by beating Michigan.

I talked to former Iowa superstar and BTN analyst Jess Settles about various aspects of each game, as the Big Ten aims for its first national title since Michigan State won it all in 2000. You also can catch Settles? analysis on BTN on Friday and Saturday discussing the matchups.

Q: What are the keys for Wisconsin to knock off Kentucky?
A: They are going to have to shoot a high percentage and play like they did against Arizona in the second half, when they extended the defense and knocked in a bunch of 3-pointers. They can?t be flat from the perimeter and expect to win. They are a lot stronger this year because of their weight-training program. Nigel Hayes and Sam Dekker are a year older, (Frank) Kaminsky plays with physicality. They are going to have to shoot well and be physical to win.

Q: Wisconsin only lost to Kentucky by a point last year in the Final Four, falling 74-73. How will that experience benefit the Badgers?
A: It set the tone for this season. That group of guys needed to get to a Final Four. They can look back and know they were a free throw and defensive stop from winning that game last year and playing for the national title. That launched them into this year and gave them rock-star status. When they played on the road this season, they weren?t fazed by the crowds or the moment. They felt like they let that game slip away.

Q: Do you think Wisconsin will be intimidated by big, bad Kentucky and its pursuit of perfection?
A: It?s not a factor. Bo Ryan has been involved in games like this at most every level of the sport. People forget how many national championships he has coached in during his lifetime. If there is one team that won?t think about Kentucky?s record (38-0) or the moment, it is Wisconsin. They know they will have to play a perfect game to beat Kentucky. But they won?t be intimidated by the situation.

Q: What are the keys for the Spartans vs. Duke?
A: I think (Matt) Costello and (Gavin) Schilling are the under-the-radar keys to that game. They have to defend the best center in America in Jahlil Okafor. And at the offensive end, they have to do a good job of pulling him away from the basket and pick-and-rolling him 50 times in this game. At both ends, those two guys (Costello and Schilling) have to combine for a double-double if Michigan State wants a chance to win vs. a talented but young Duke team.

Q: How would you defend Okafor?
A: You have to double him and try to keep the ball out of the post-so you have to front the post. The one advantage Michigan State has is the guy who will come over to double a lot on Okafor is one of the best athletes in the country in Branden Dawson. If there is any team that can make things uncomfortable for Okafor, it?s Michigan State because Costello and Schilling are physical enough to play against Okafor and Dawson is quick enough to come over and make life tough on him in a double-team. Still, it?s tough to get it done.

Q: What makes Tom Izzo-who is in his seventh Final Four–so good in March?
A: One of the big things, guys who aren?t supposed to play well rise up for him. He always gets his top players to max out at this time of year. Guys like Costello and Schilling are excelling. And how about Bryn Forbes? He probably would be on the bench for most teams at this time of year and has had some of the biggest moments of his season of late. Every guy who gets a minute maximizes their minute. It helps this time of year when you have short turnarounds and teams are used to players. And Izzo?s guys who are under the radar come in and make monster plays at monster moments.

Q: Who is the underrated player who must excel for Wisconsin?
A: At both ends of the court, Josh Gasser has to have his typical game. His numbers are always gonna be low, but he has to take one of the Harrison twins (Andrew and Aaron) out of the game which he is capable of doing. If he can make it a four-on-four game by locking up a Harrison twin, then that?s a big edge for Wisconsin. And he?s gonna have to hit a couple 3-point shots when he?s open because Kentucky is gonna be forced to chase the forwards of Wisconsin. So, look for Gasser to be an X-factor, along with Nigel Hayes who is so good that he?s almost not an X-factor anymore.

Q: Who would be your X-factors for Michigan State?
A: Schilling and Costello. Combine them, they are one player to me. They need to play well.

Q: At halftime, what?s the best-case scenario for Wisconsin?
A: I will be looking for foul trouble at halftime. If you are Wisconsin, you are hoping that Frank Kaminsky can draw two or three fouls on (Karl-Anthony) Towns or (Willie) Cauley-Stein at halftime because they can?t handle Kaminsky inside. If that?s the case, it messes up their rotation and they?ll have to go a little smaller which would be an advantage for Wisconsin.

Q: What about Michigan State at halftime? What the best-case scenario?
A: Denzel Valentine needs to be on his way to a triple-double. He has had good moments in the tourney so far. But he hasn?t had a Valentine-type of game yet.