Here's a fun look at Frank Kaminsky's ascent to stardom, 'Frank the Tank' 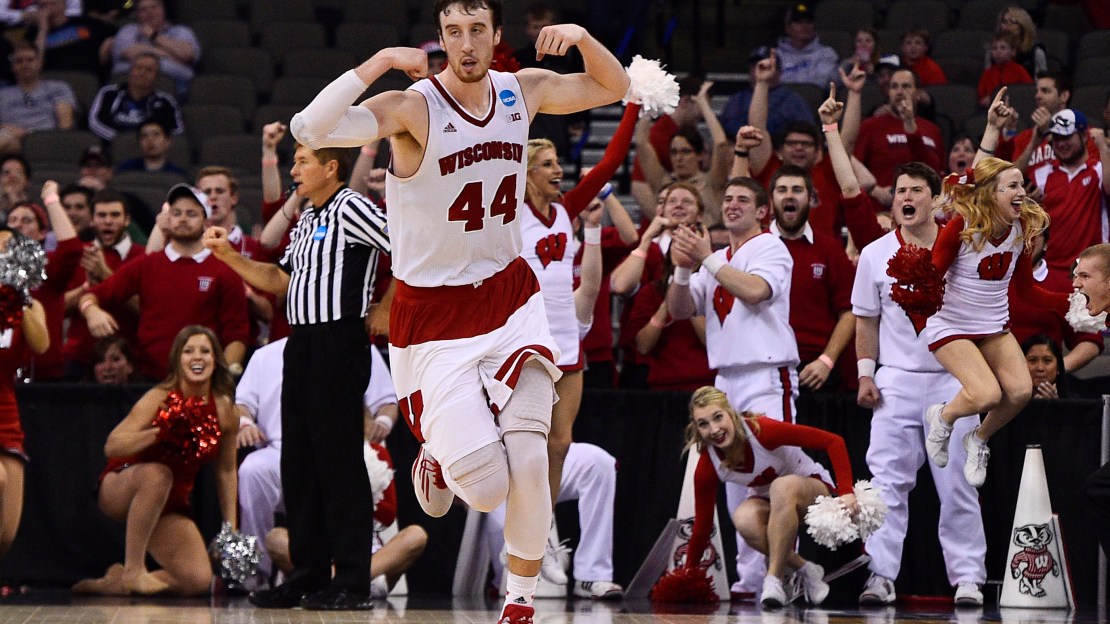 Frank Kaminsky needs no introduction. The Big Ten Player of the Year and likely national player of the year has a game that makes people take notice.

That wasn't always the case, however. Kaminsky was an unheralded recruit, and like many Wisconsin big men before him, he took a couple of years to figure everything out.

Kaminsky averaged 1.8 points as a freshman and 4.2 as a sophomore. Everything clicked last season, as the 7-footer from Lisle, Illinois, broke out (53%; 13.9 ppg; 6.3 rpg) en route to leading the Badgers to their first Final Four since 2000.

The star has a personality to match his incredible game, too.

Here's a look-back at some memorable moments/images/videos that have helped turn Frank Kaminsky into "Frank the Tank," the goofy star who most everyone respects.

Your likely #B1G Player of the Year two years ago to the day. pic.twitter.com/DyxaeXWnNI

The Wisconsin-record 43 points, all of them.

This just in: #B1G stars really like the taste of confetti. #MarchOnBTN pic.twitter.com/AOQHprtWV9

Two questions, @BadgerMBB: 1. How many hours of footage does Frank have on GoPro? 2. Will final product be shared? pic.twitter.com/ELKEw8D8ti

Frank Kaminsky is good at a lot of things. Dancing may not be one of them. pic.twitter.com/FUNcdAyHv5

Remember when everyone said the Big Ten wasn't that good this year? Yea, me too.

The Big Ten Player of the Year.

So, this happened yesterday. Check out @FSKPart3's interview with Will Ferrell tonight on @accesshollywood http://t.co/u1o27UKXlS

#Badgers This guy was pretty good last night. Experts weight in on what makes him so special: http://t.co/DRHQf66rIn pic.twitter.com/0755qaN1rU

In the last 12 months, who has been on more @SInow covers than anyone else? That's right, our guy @FSKPart3. #Badgers pic.twitter.com/K8AeLAPPd9

The video of all videos.