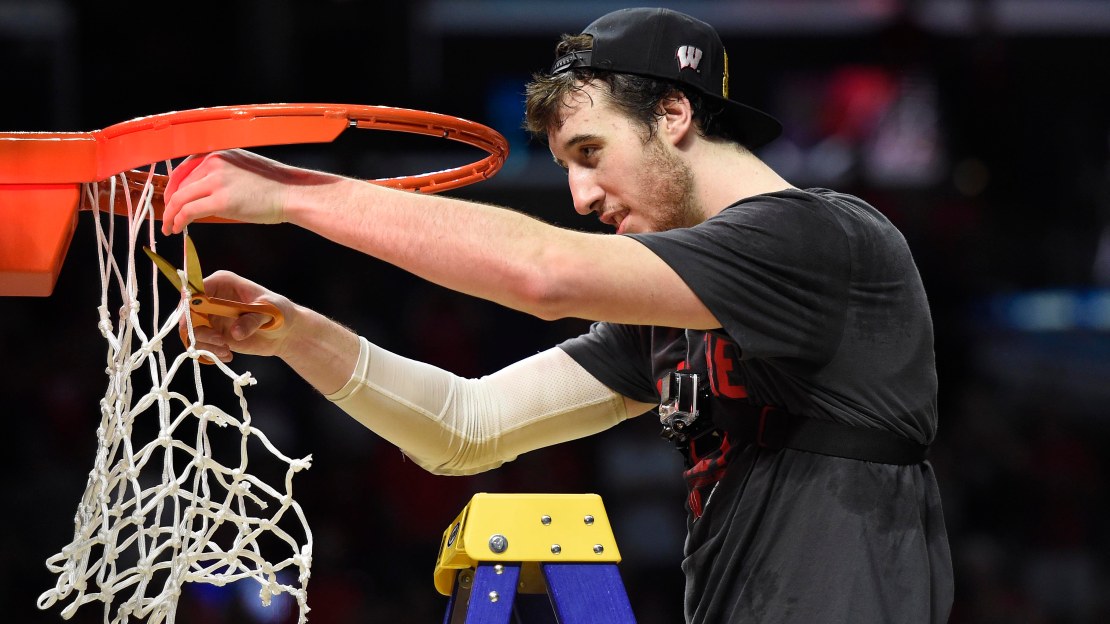 Remember when everyone said the Big Ten wasn't that good this year? Yea, me too.

With the exception of Wisconsin, the Big Ten didn't always get a lot of respect during the 2014-15 season.

Well, with three quarters of the Final Four set and two of the teams coming from the Big Ten, Big Ten Player of the Year Frank Kaminsky went to Twitter to remind everyone.

Kaminsky sent out the tweet above immediately following Michigan State's overtime victory over Louisville on Sunday in the East Region final.

With Michigan State and Wisconsin in the Final Four, the Big Ten has multiple teams playing on the final weekend for the first time since 2005 (Illinois & Michigan State).

Some of Kaminsky's teammates were feeling Big Ten pride, too:

It wasn't just the Badgers who were sharing their Big Ten pride.

Congrats to both MSU and WISC on their wins and trips to 2015 Final 4! Love the way they represented the BIG TEN this past weekend !

Coach Izzo should be named COY for the NCAA Tournament. Most years