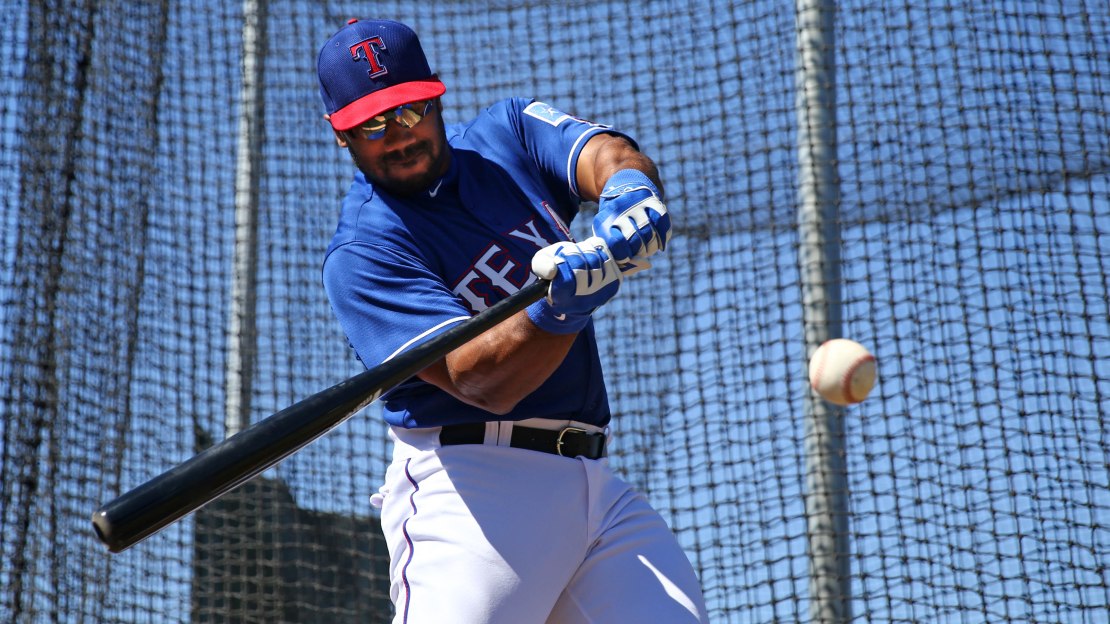 This is video of Russell Wilson's first homer in BP. pic.twitter.com/Z1VI31qdDE

Big Ten fans saw it during his record-setting lone season at Wisconsin in 2011, and we all see it every NFL Sunday.

The Seattle Seahawks quarterback is a pretty good baseball player, too, having played parts of two minor league seasons in the Colorado Rockies system.

On Saturday, for the second year in a row, Wilson joined the Texas Rangers for a day of workouts. He took ground ball, turned double plays and took some cuts in the cage. He even hit a home run, which you can watch above.

Here's a picture of Wilson in the cage, too.