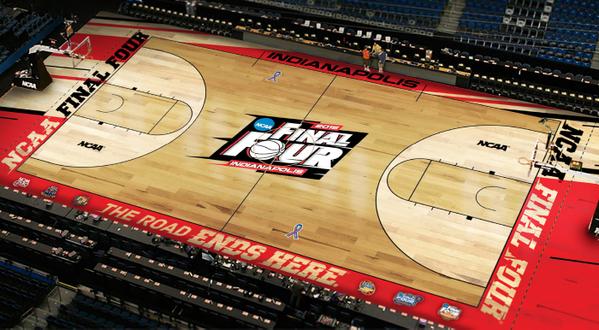 The National Championship stage from plank to paint? #FinalFour

The court that this year's Final Four will be played on is ready at Lucas Oil Stadium in Indianapolis.

Will a Big Ten team be playing on that court on April 4? That is the million dollar question as the Sweet 16 round concludes tonight with both Wisconsin and Michigan State still playing for a spot in the Final Four. The Badgers defeated North Carolina last night and will advance to play Arizona in the Elite Eight. Michigan State is set to play Oklahoma tonight in a Sweet 16 matchup.

Check it out in the video above.

The Twitter handle @FinalFour posted a photo of the completed court.

The #FinalFour court in all its glory!