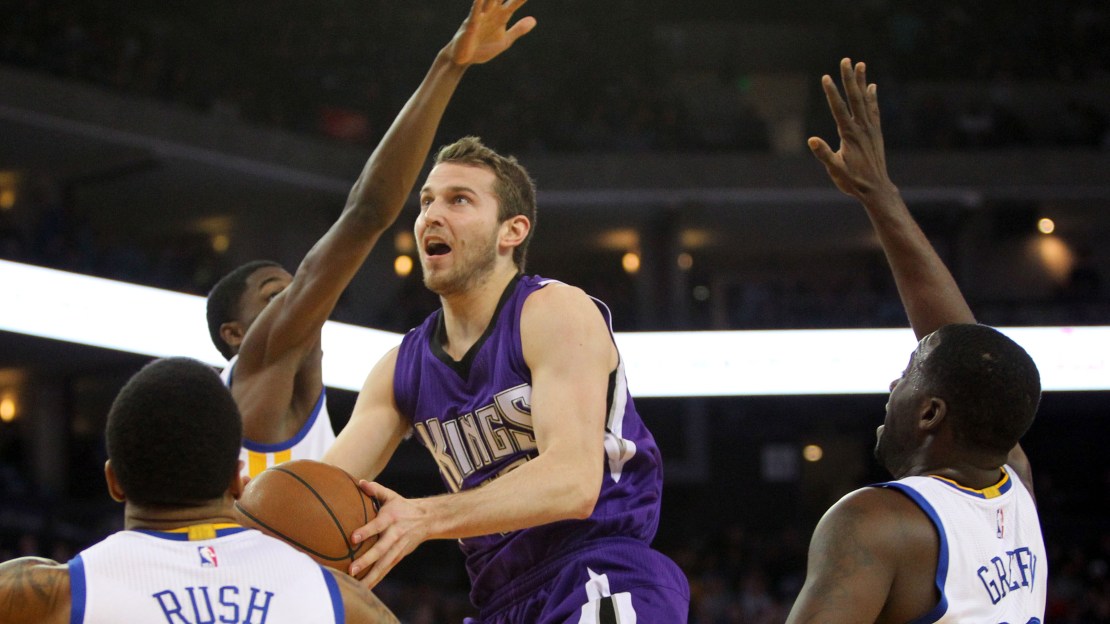 When it comes to nicknames of former Big Ten basketball stars, the list is loaded from top to bottom. There's Earvin "Magic" Johnson, Isiah "Zeke" Thomas and Glenn "Big Dog" Robinson, to name a few.

Well, there's a new outstanding nickname in the mix, and it originated on Tuesday night when former Michigan star Nik Stauskas hit a 3-pointer for the Sacramento Kings against the Philadelphia 76ers. Whoever was doing the closed captioning for the game referred to Stauskas as "Sauce Castillo," and just like that, one of the greatest nicknames in the NBA was created.

Shortly after the game, Stauskas, who is in his rookie season with the Kings, caught word of the nickname and took to Twitter about it.

Wait what does "Sauce Castillo" mean? Since when was that my nickname lol!! ??

By Thursday afternoon, the nickname "Sauce Castillo" was actually trending worldwide on Twitter.

Where does this rank on the list of all-time great Big Ten nicknames?