Wisconsin has toughest path of No. 1 seeds to Final Four 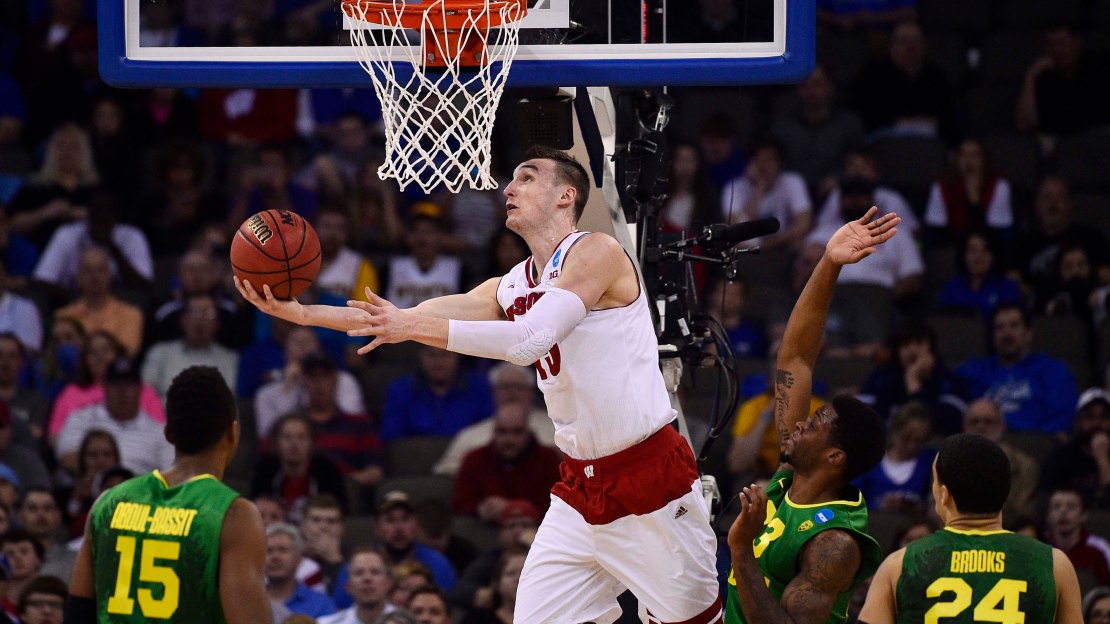 The Sweet 16 is set, and two Big Ten teams have made it: Wisconsin and Michigan State.

Most expected the Badgers, the No. 1 seed in the West and 2014 Final Four participants, to be here. If they're to make a second Final Four in as many seasons, they will have earned it.

That's because Wisconsin faces the toughest road to Indianapolis of the remaining No. 1 seeds, the others being Duke and Kentucky.

How am I measuring this? By the seeds. The West Region includes No. 4 North Carolina, Wisconsin's Sweet 16 opponent, No. 2 Arizona and No. 6 Xavier, teams that combine for an average seed of 4.

A couple of other things: Wisconsin is the only No. 1 that can face the highest-possible seed in each round of its region, plus its likely Elite Eight opponent (Arizona) is the top No. 2 seed.

Again, this is just a fun look at the paths according to the seeds. In no way does this mean Wisconsin, which owns a program-record 33 victories, can't make the Final Four, or even win the national title.

Here's a look at each region's average remaining seed, including Wisconsin and Michigan State:

While Wisconsin has the most rigorous path to Indianapolis, Michigan State, the No. 7 seed in the East, is in a region for the taking.

[ MORE: Dienhart: Izzo doing some of his best coaching ever ]

Both the No. 1 (Villanova) and No. 2 (Virginia) are gone, the latter courtesy of the Spartans for the second consecutive season. Here's what remains: No. 3 Oklahoma, Michigan State's Sweet 16 foe, No. 4 Louisville and No. 8 North Carolina State.